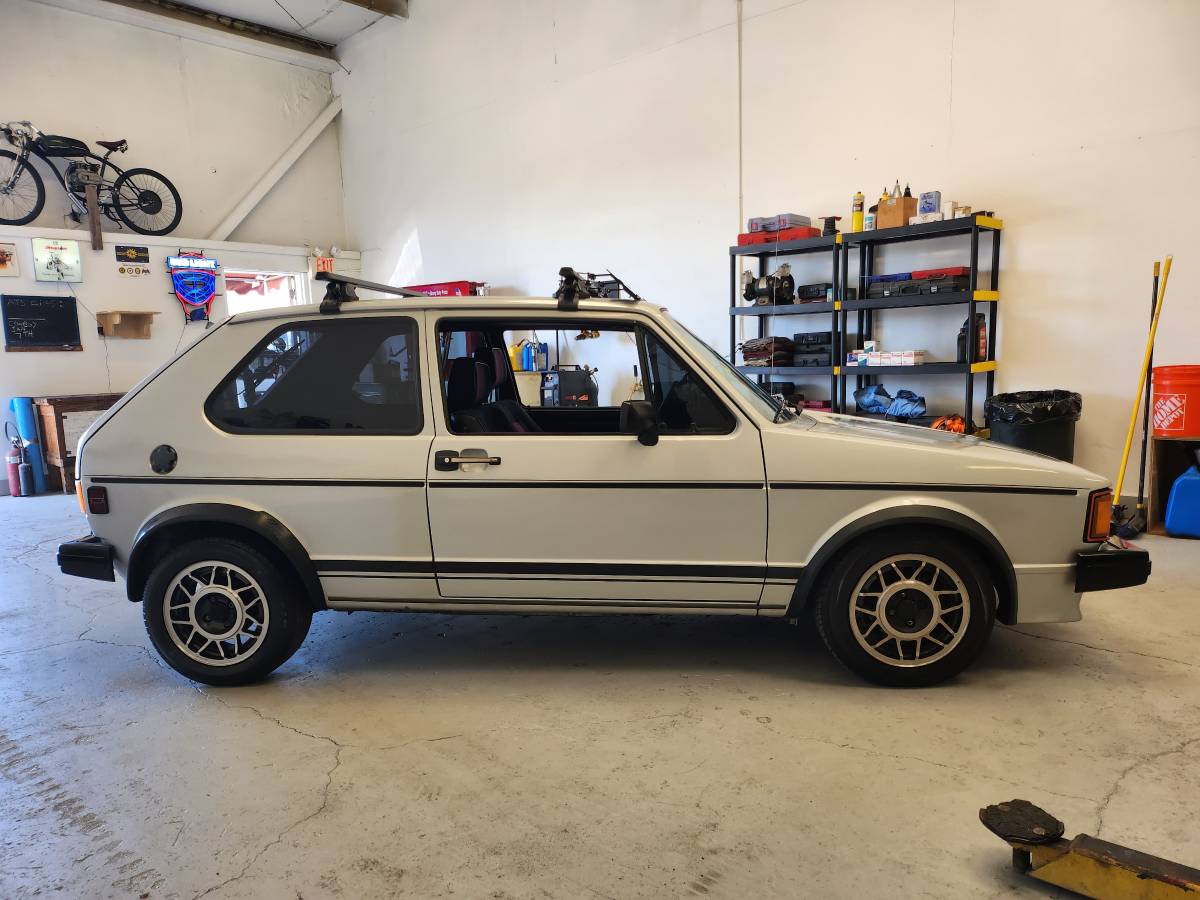 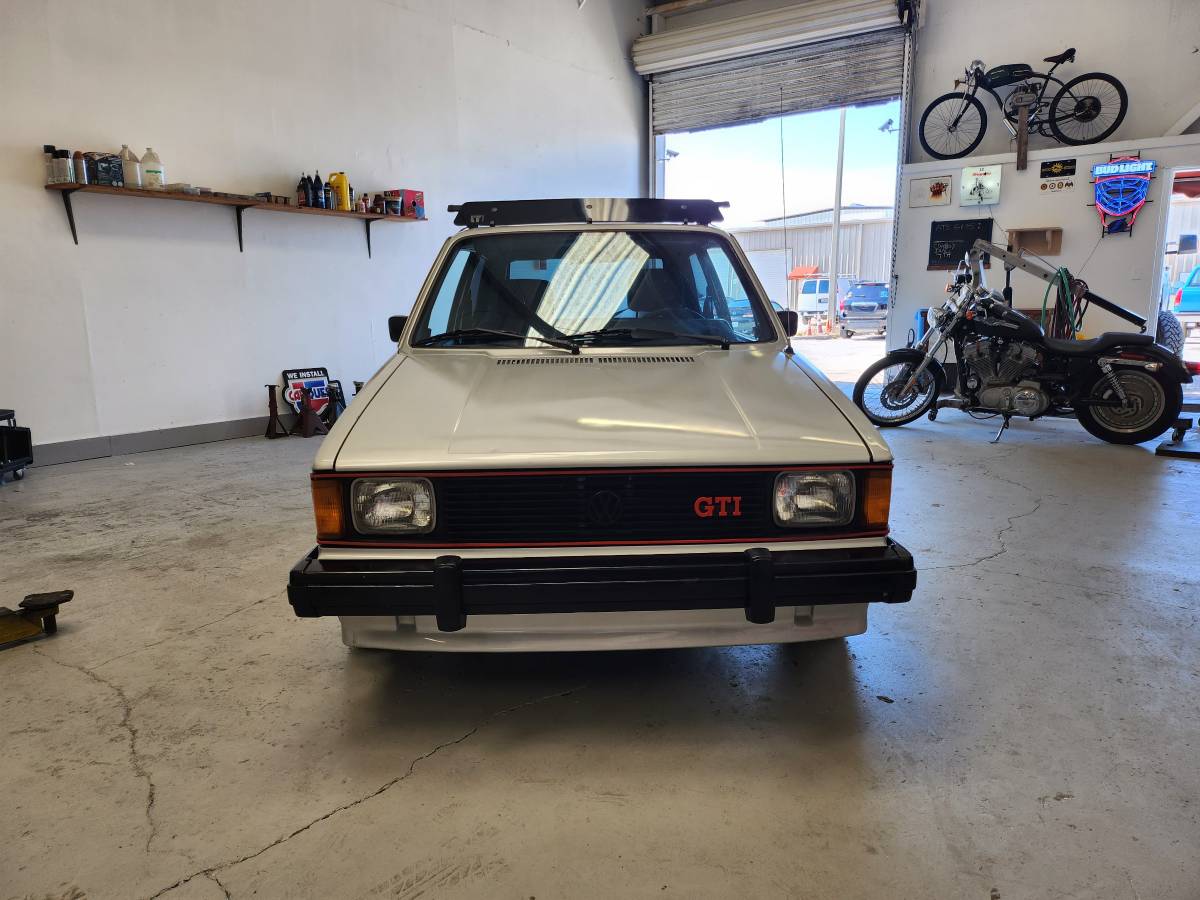 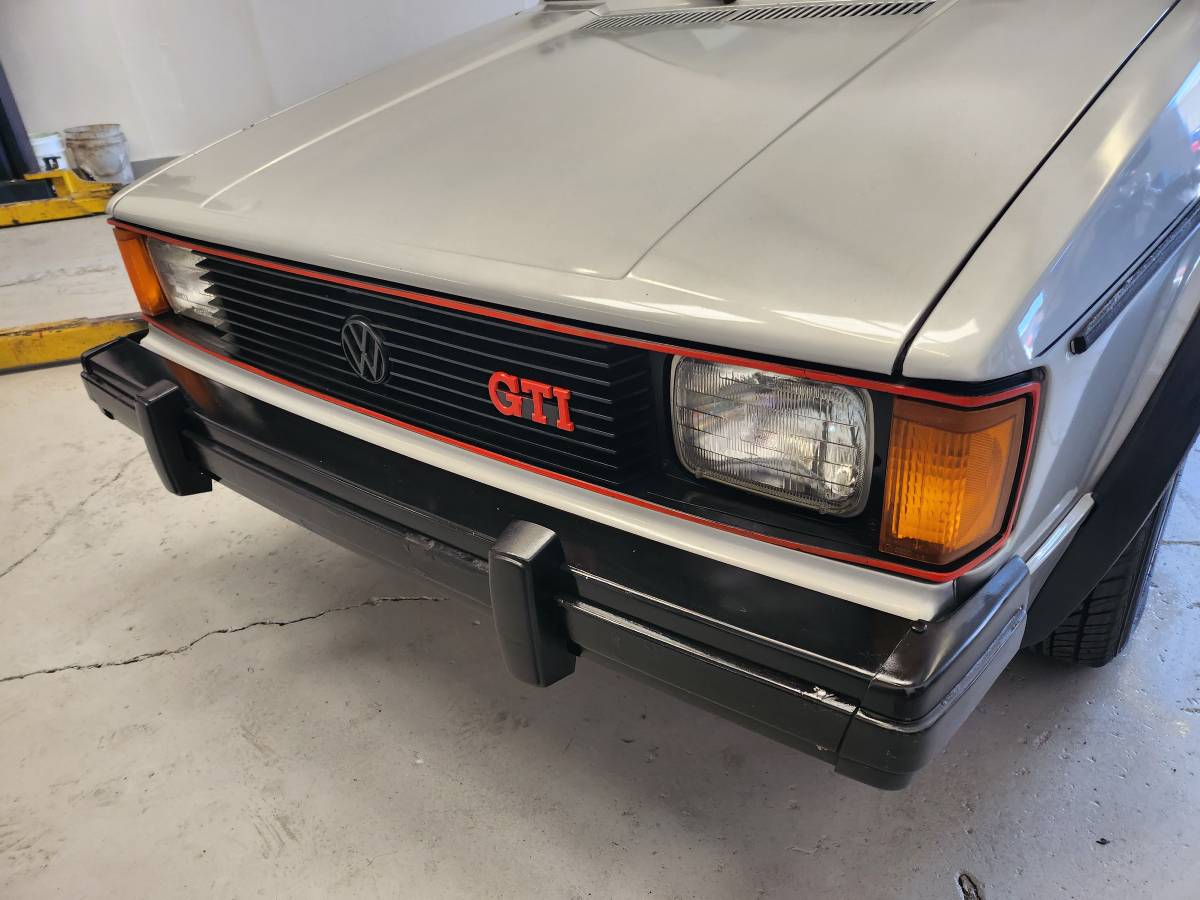 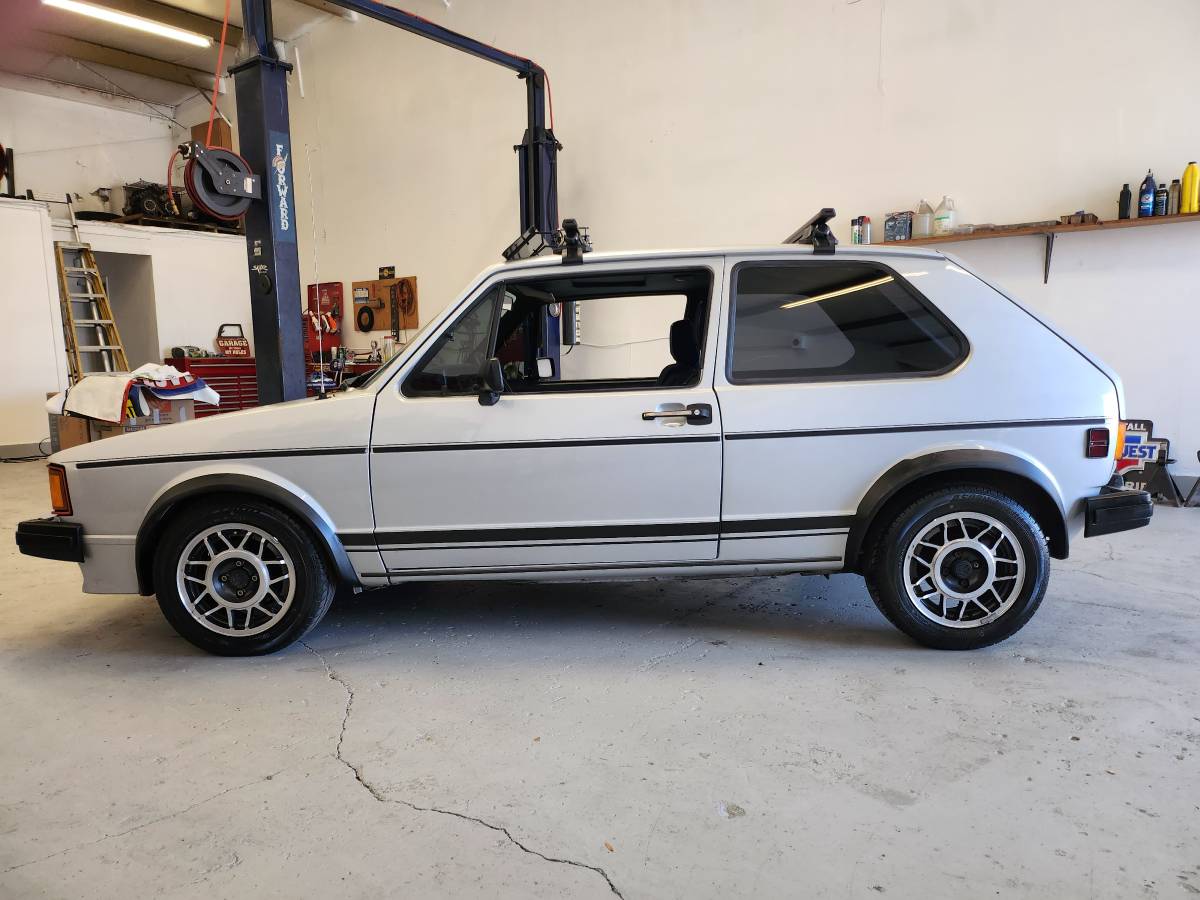 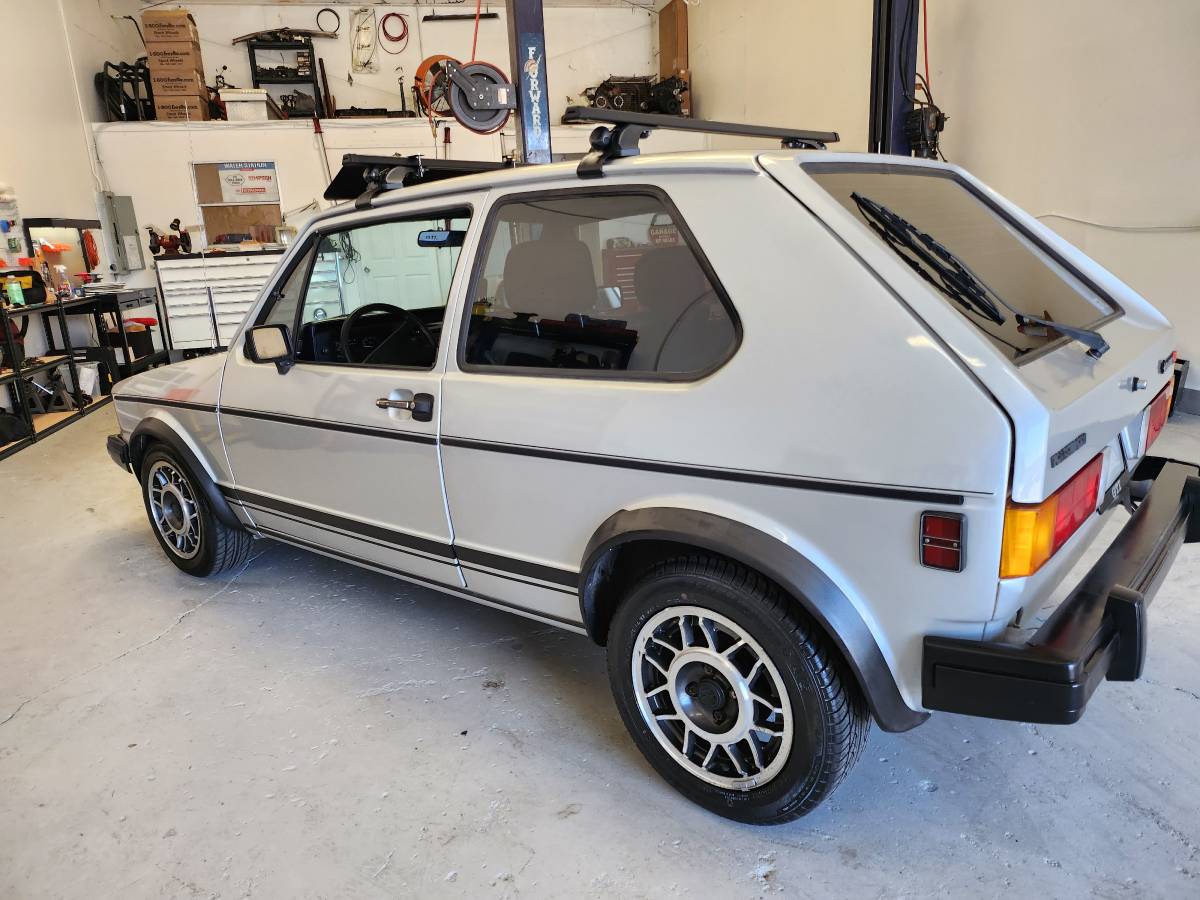 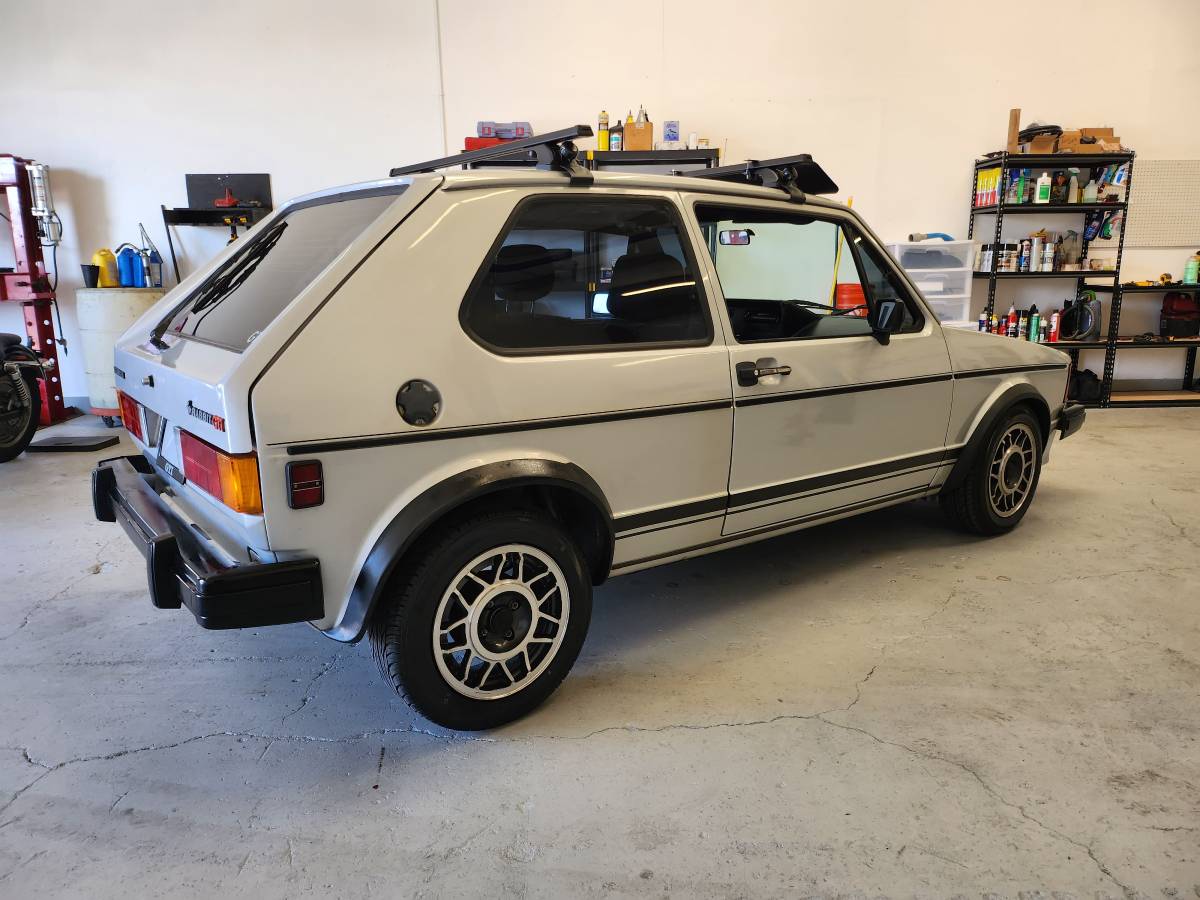 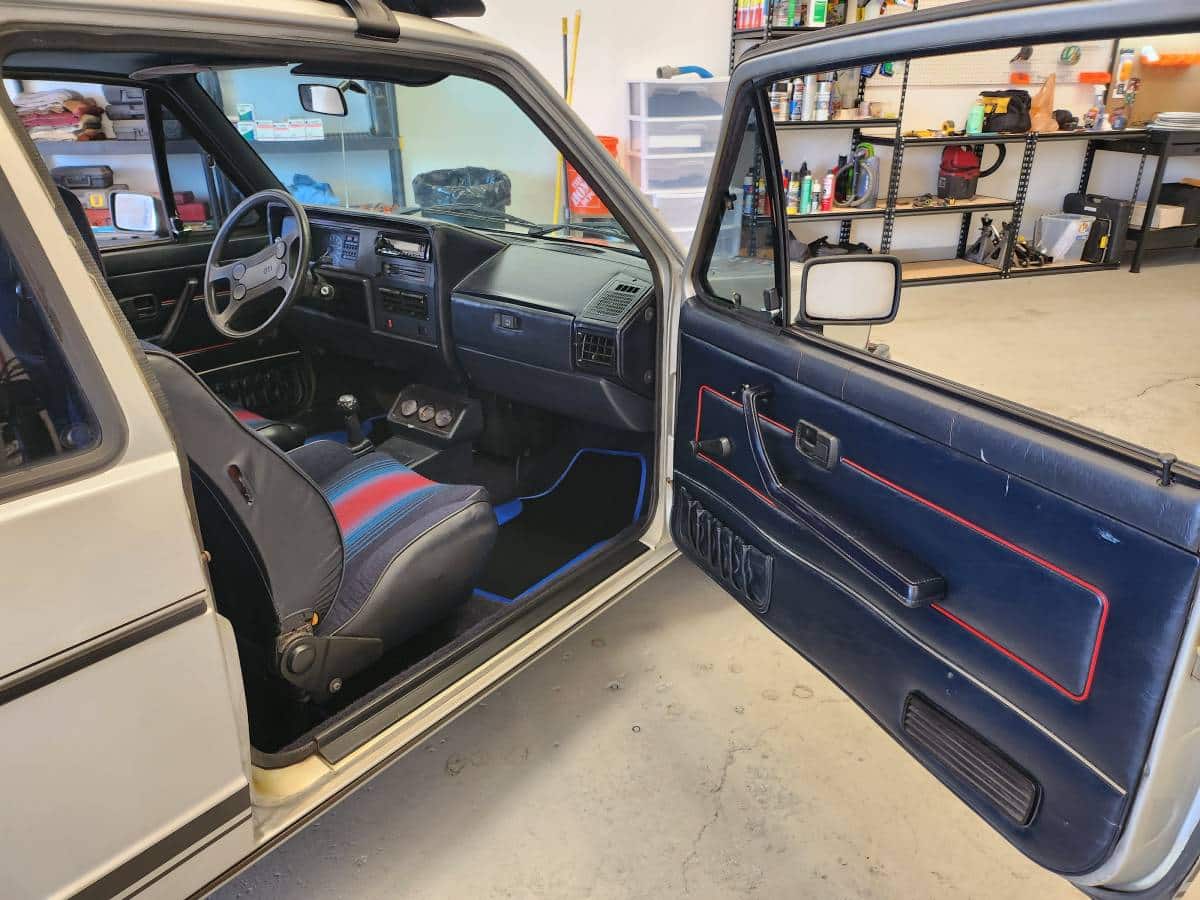 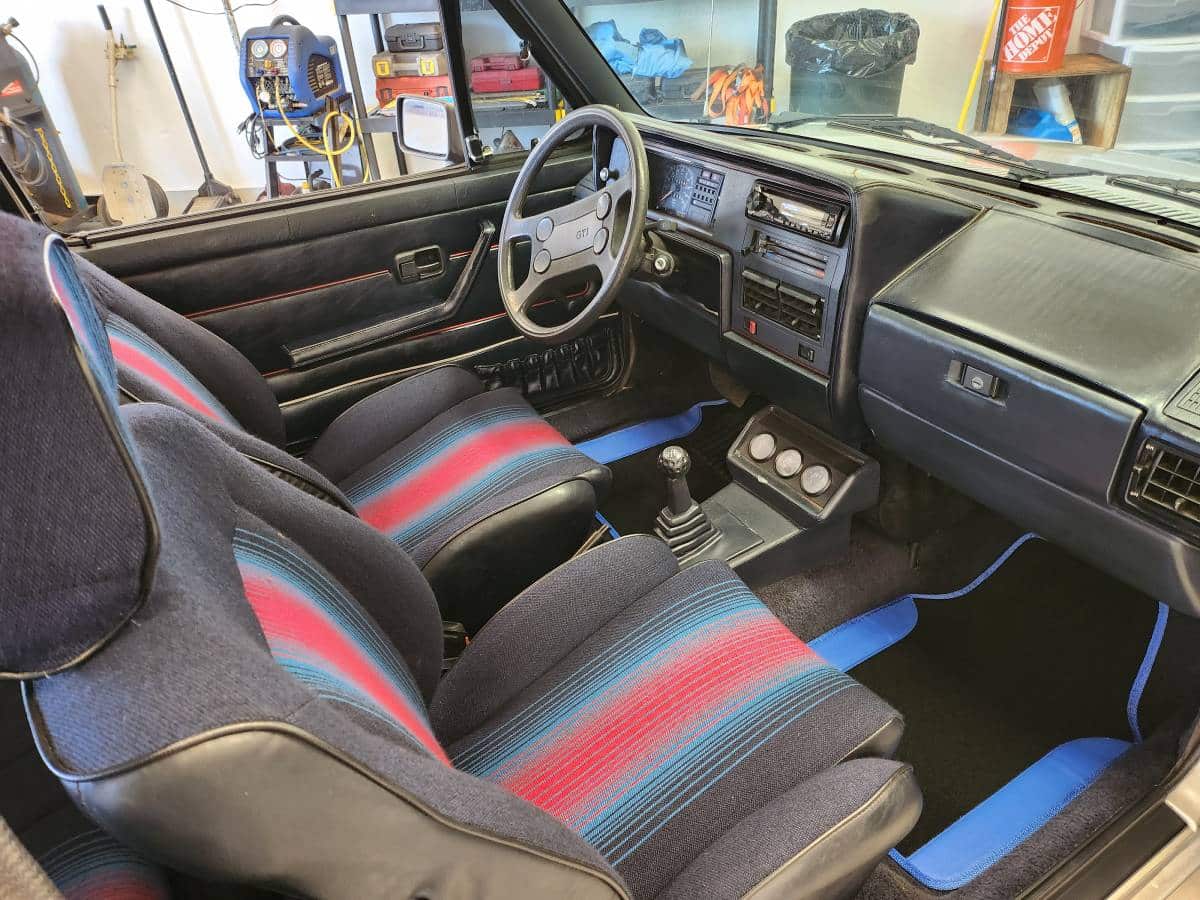 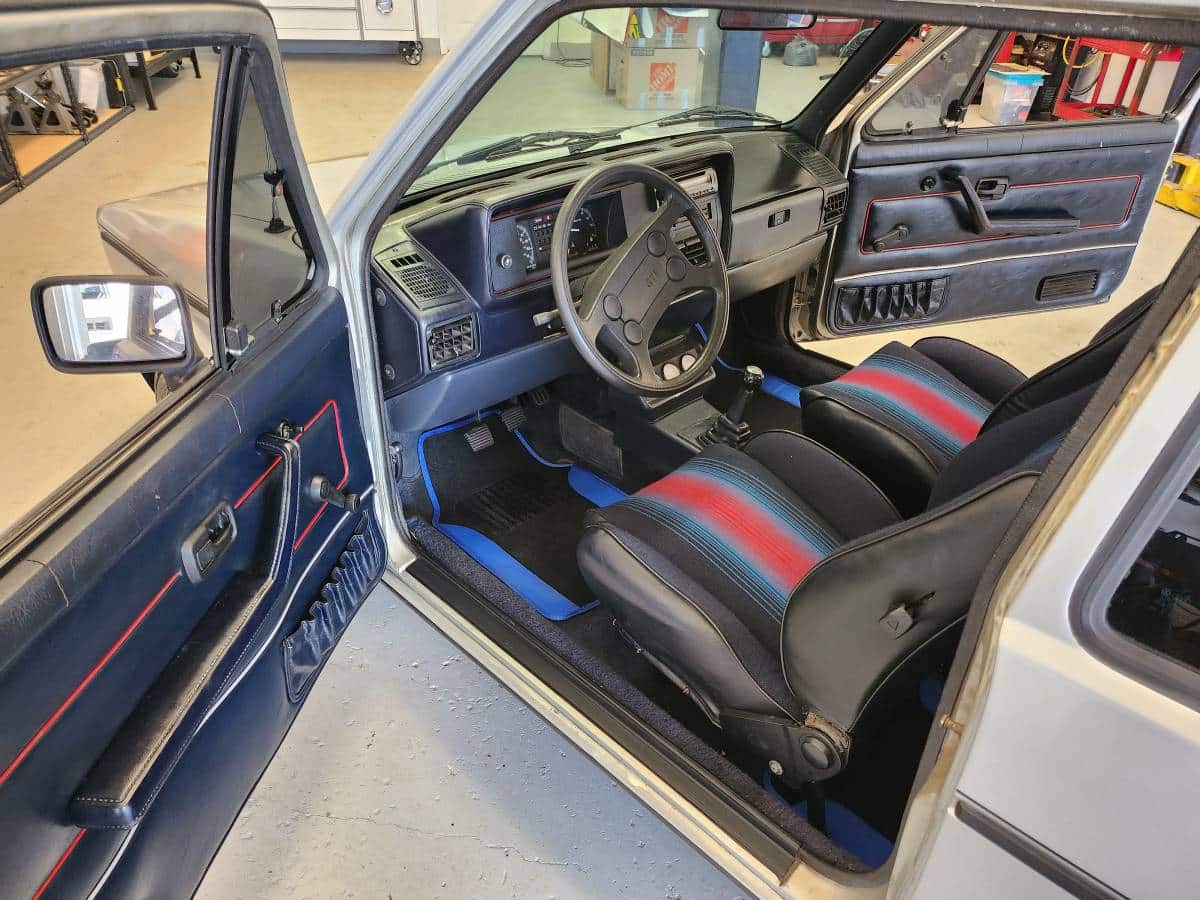 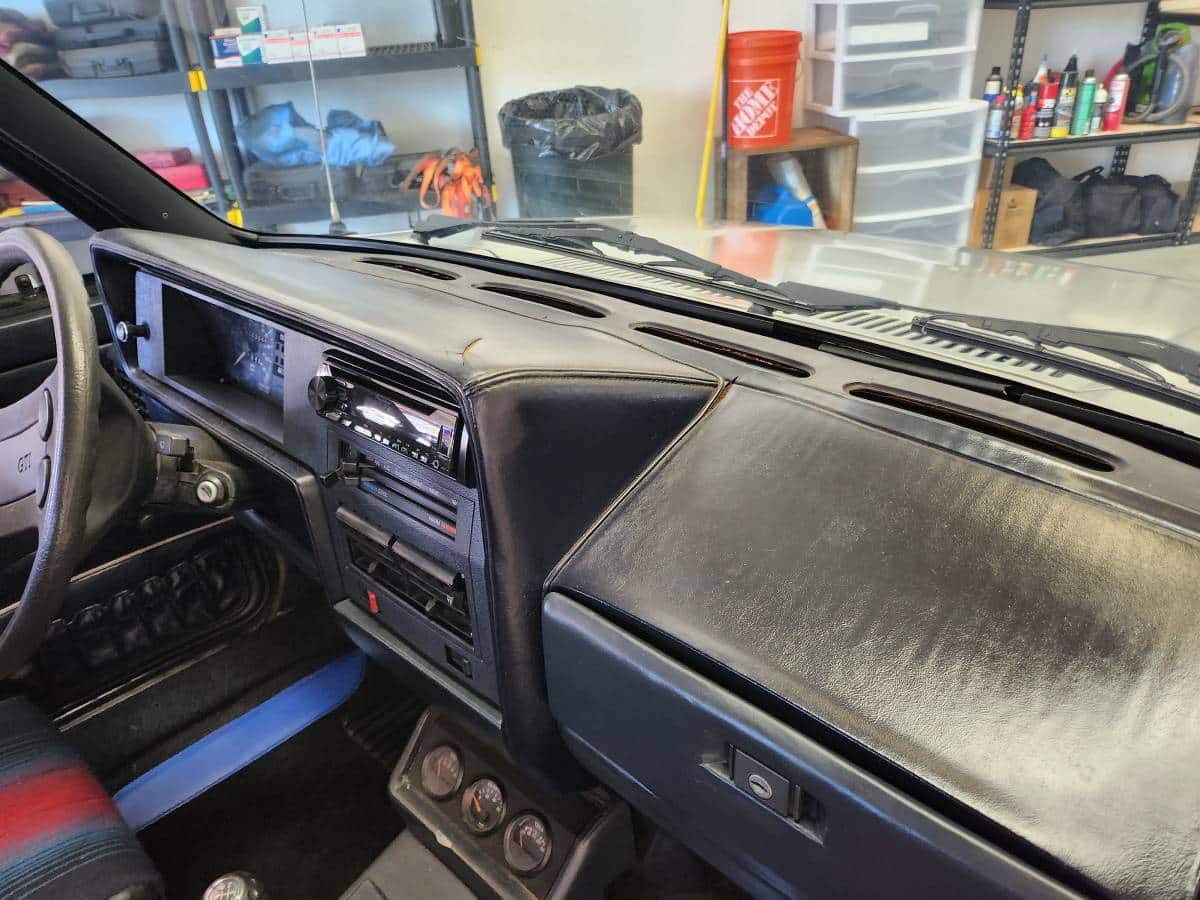 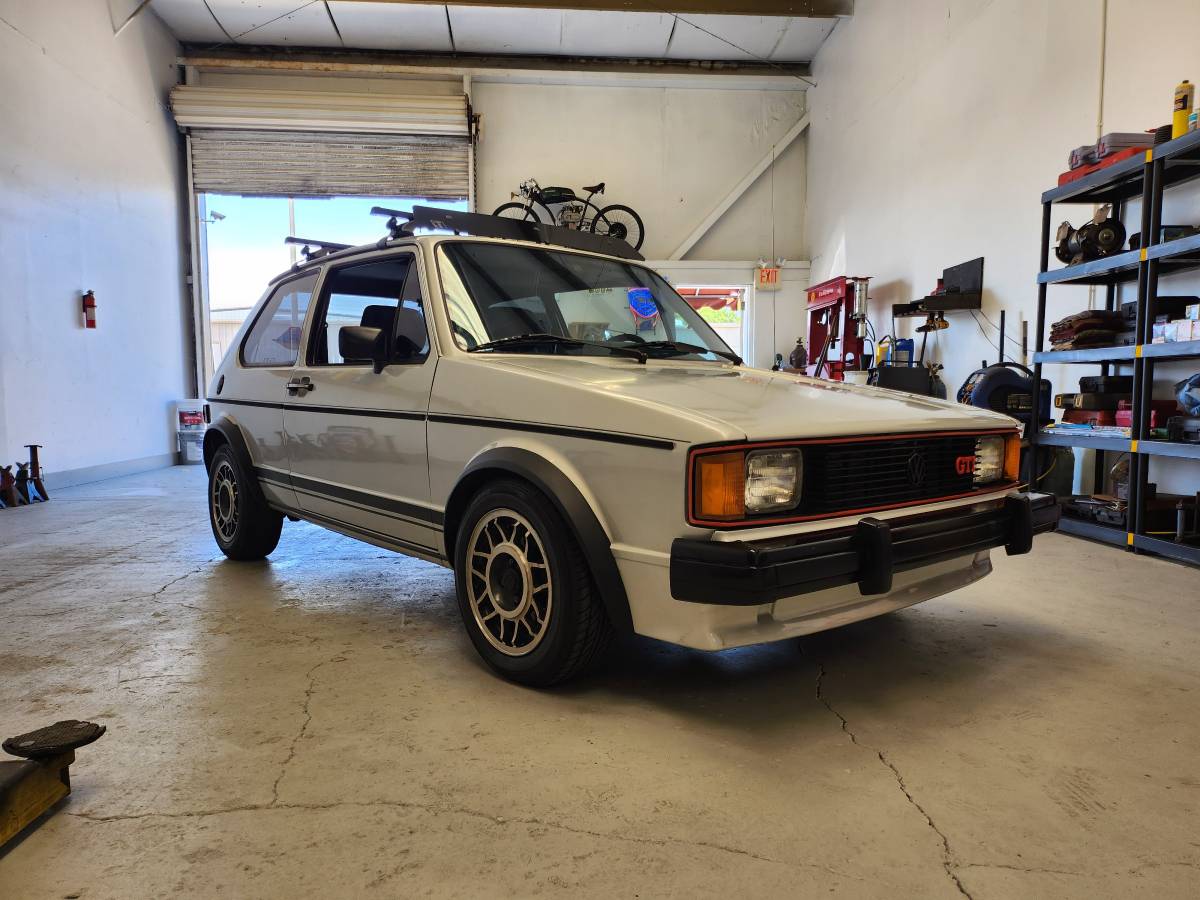 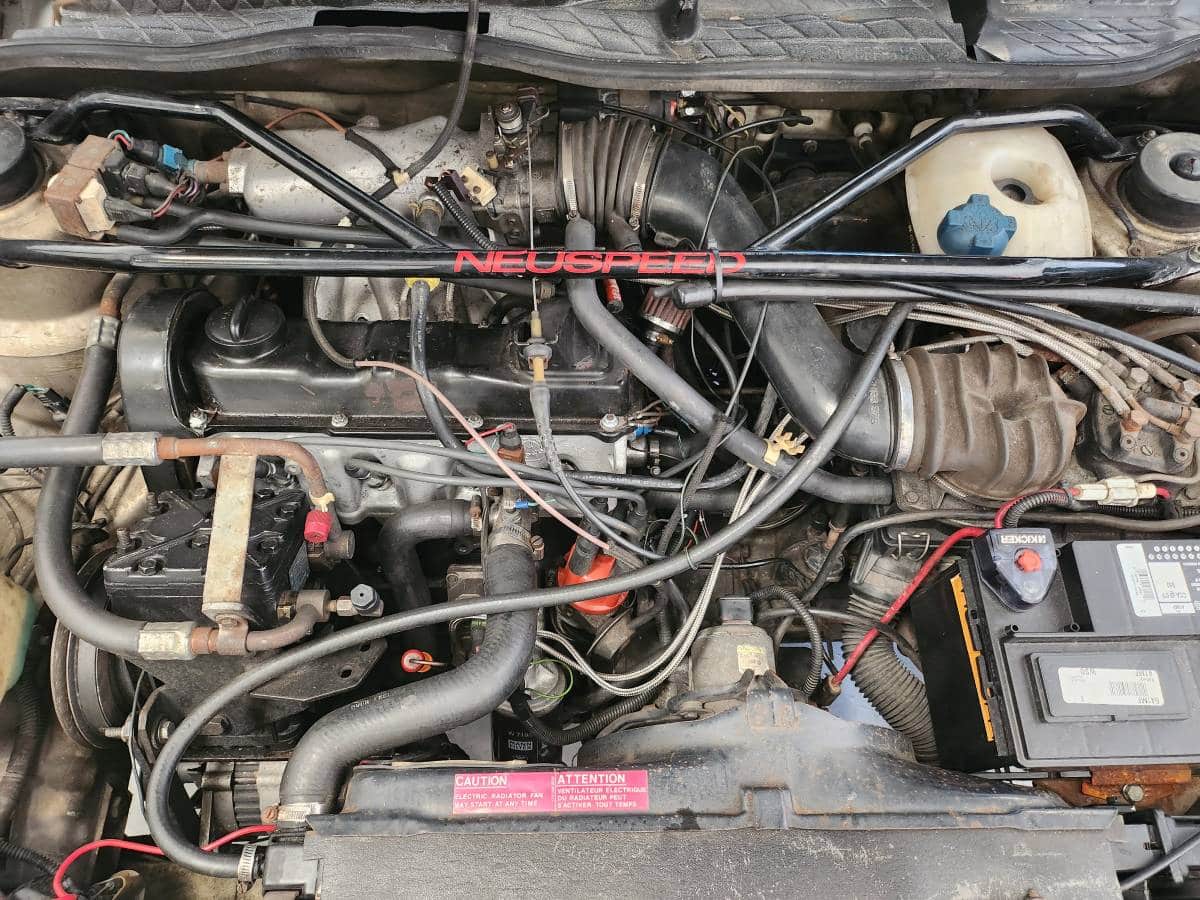 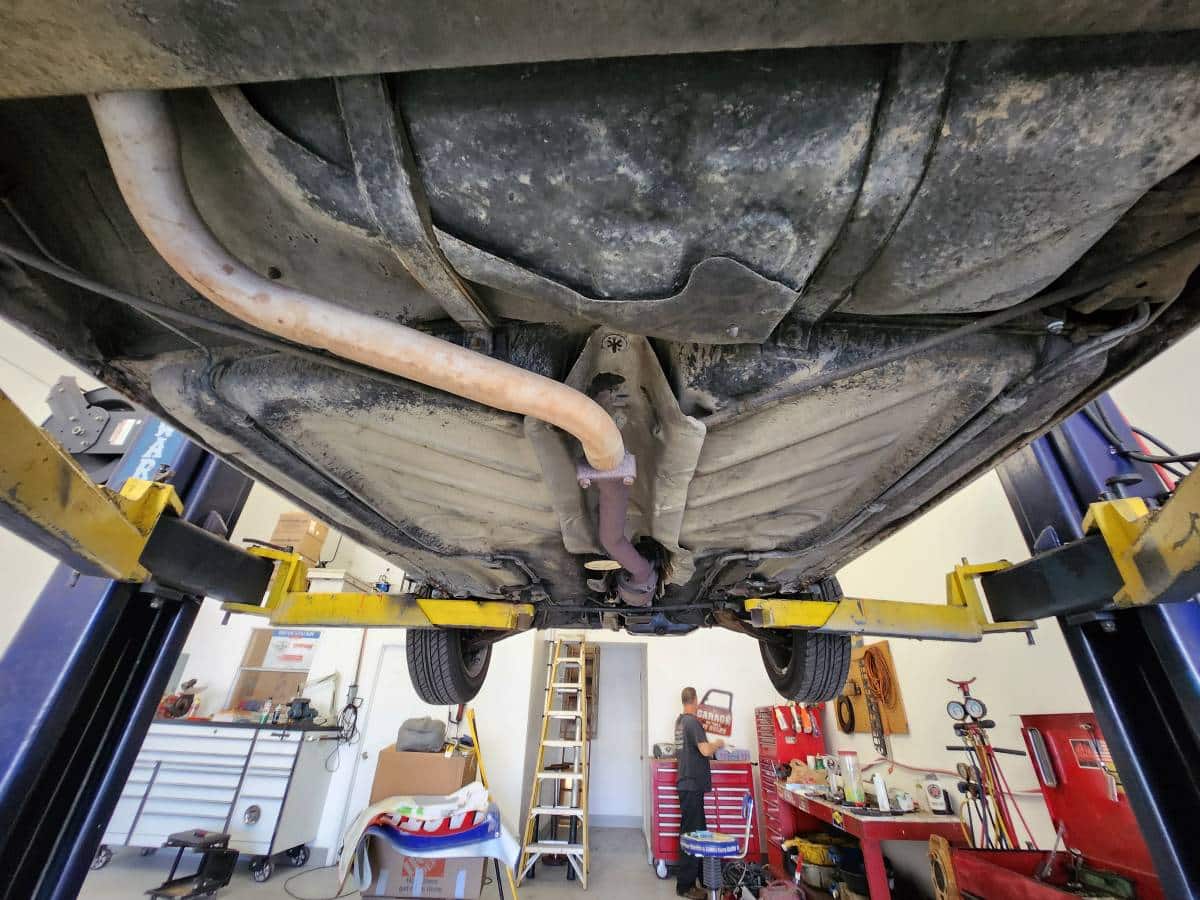 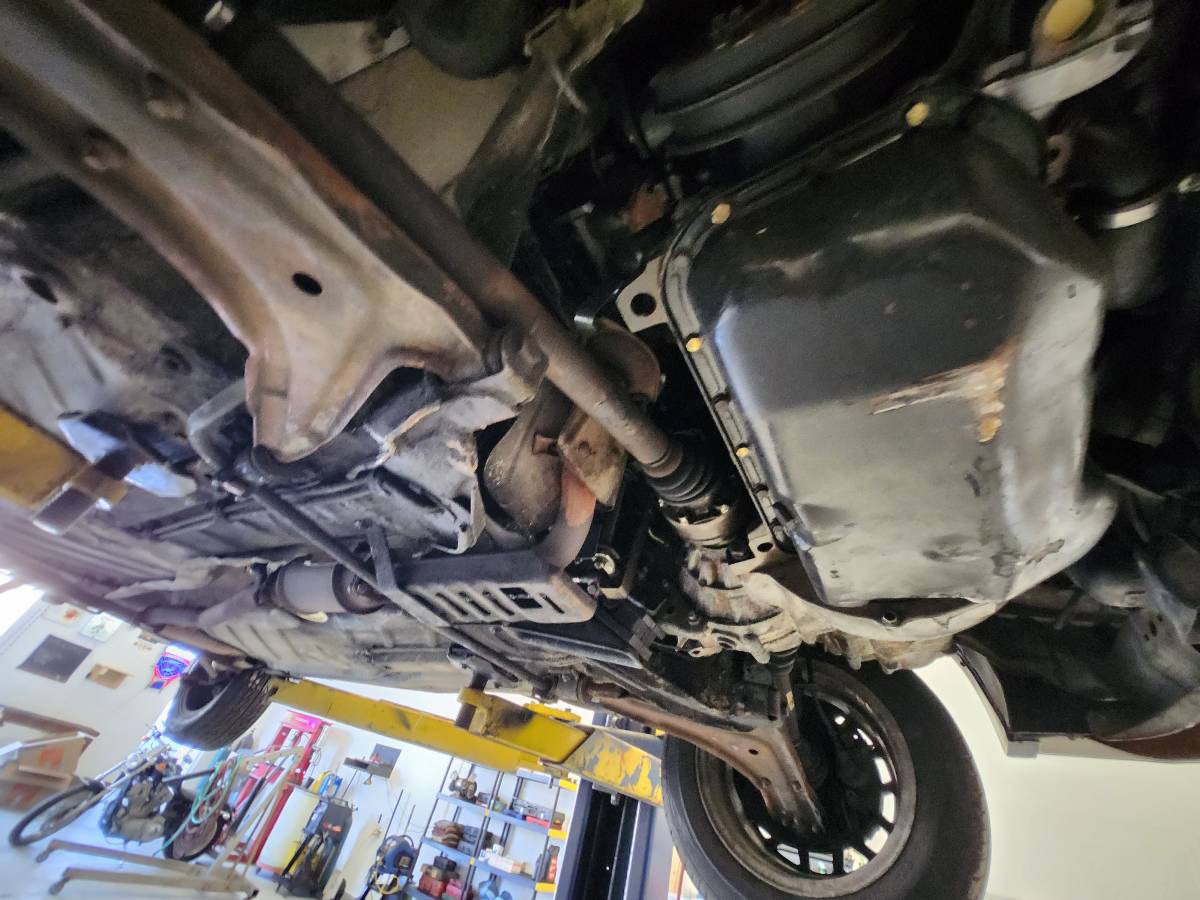 January 29, 2023, Update – We confirmed the seller of this “Classifind” deleted their listing, so we’re now able to call this one “SOLD!” While this one got away, please reach out either by email or call us directly if you’d like to be informed when we come across something similar.

The Malaise Era (1972 through 1984) experienced its darkest times in the 1970s, and U.S. regulations made a number of European models forbidden fruit as manufacturers did not go through the hassle of verifying American versions. One example was Volkswagen’s Mk 1 Golf GTi. While the rest of the world enjoyed what became known as the creator of the “Hot Hatch” market segment, U.S. enthusiasts has to wait until 1983 for Volkswagen to offer a Rabbit GTi stateside.

This 1983 Volkswagen Rabbit GTi Mk1, originally listed in January 2023 on Craigslist in St. Petersburg, Florida (Tampa), features fully sorted mechanicals and a freshly reupholstered interior in what appears to be the correct cloth for that era.

Last offered for $10,000, Classic.com, the analytics and search engine for the collector car market, confirms the ask is well below the one-year rolling average of this guide’s summary for first-generation Volkswagen Rabbit GTis produced between 1977 and 1984.  By clicking on the green dots in the graph below, you can navigate to each comparable car sold as a way to help you evaluate the price of the GTi Mk1 featured here:

Volkswagen’s water-cooled, front-wheel-drive Beetle replacement, the Mk1 Golf, was launched in Europe in 1974.  One year later, Volkswagen launched the same car as the Rabbit in the North American market.  Compared to the Beetle’s air-cooled, rear-engine pancake platform dating back to the 1930s, the front-wheel-drive, transverse-mounted, water-cooled engine platform represented a major shift (and potential gamble) for Volkswagen.

In 1970, Volkswagen commissioned Giorgetto Giugiaro’s Italdesign to design and develop the Type Beetle’s replacement. Known internally at Volkswagen as Project EA337,  the design brief provided by Volkswagen specified a compact car with a two-box body in three- and five-door versions. Volkswagen also provided Giugiaro with the basic dimensions and power-train options.

Giugiaro produced a design that reflected his signature “origami” or “folded-paper” style, emphasizing sharp corners and flat planes. Giugiaro would consider the Mk1 Golf the most important design of his career.  Early prototypes included rectangular headlamps and wide tail-lamp assemblies.

The Golf Mk1 received VW model designation Type 17. Production started in March 1974, and sales officially began in May 1974.  By this time, Giugiaro’s rectangular and wide tail lamps had given way to round headlamps and much narrower rear lamps. On these earliest cars, the lower horizontal bodyline running under the tail lamps on the rear hatch dropped down in the location of the rear license plate. This feature has been dubbed “Swallowtail” by some Golf enthusiasts. The surface between the raised sides on the bonnet on early cars also blended smoothly into the leading edge.

Volkswagen exported 1975 through 1977 U.S.-bound Rabbits produced in its Wolfsburg, West Germany plant.  In 1978 Volkswagen began building the Rabbit at its new Westmoreland, Pennsylvania plant to hedge against the strong Deutsche Mark exchange rate at the time. Unfortunately, Volkswagen’s Westmoreland Team tried to Americanize the early Pennsylvania-manufactured cars, a move that did not resonate well with most VW consumers.  For the 1983 model year, the Pennsylvania plant returned to using stiffer shocks and suspension with higher-quality interior trim.

The Volkswagen Rabbit GTI, the North American version of the high-performance Golf GTI, debuted in Canada in 1979 and in the United States in 1983. Assembled from parts made in Mexico, Canada, Germany, and the U.S., it had the same Mk1 chassis and the same A1 body type as the Mk1 Golf GTI that had been on sale in Europe since 1976, with a few exceptions. Key distinct features of the Rabbit GTI were its squared front-end styling and its alloy “snowflake” wheels. The interior came in red or blue felt and leatherette trim. The squared styling of the front end, particularly the wraparound direction indicator lights, gave it added safety and a slight improvement in performance. Under the hood, the engine was a JH 1.8 Liter inline four-cylinder that ran on unleaded fuel.  In addition to being marginally larger than the regular engine, it also featured lightened pistons, bigger valves, higher compression, and a free-flow exhaust as well as other minor improvements.  The JH 1.8 L would peak in stock condition at 90 horsepower, delivered through a close-ratio five-speed manual transmission. In 1984 the Rabbit GTI was back, now with an updated engine offering 100 horsepower.

With completely-sorted mechanicals and fresh upholstery, we would only focus on the cracked dashboard and the rear wiper paint bubble mentioned by the seller.

“This is a very nice Volkswagen GTI, And a great daily driver. Ice-cold air conditioning, 5-speed manual transmission. The motor, clutch, and transmission have gone through $4k worth of receipts. Brakes, tires, everything is done $1k Brand new upholstery $3k!! Super solid, with zero rust underneath and a small bubble near the back wiper that can easily be addressed (I didn’t want to hide anything). If you know these cars, then you know this is a steal of a deal. Have to sell off a few cars to fund another project. 10k is firm… may consider trades.”

Show or go: What would you do with this 1984 Volkswagen Rabbit GTi for sale?  Please comment below and let us know!