by Guys with Rides | Jan 2023 | Classifinds, Free For All Friday 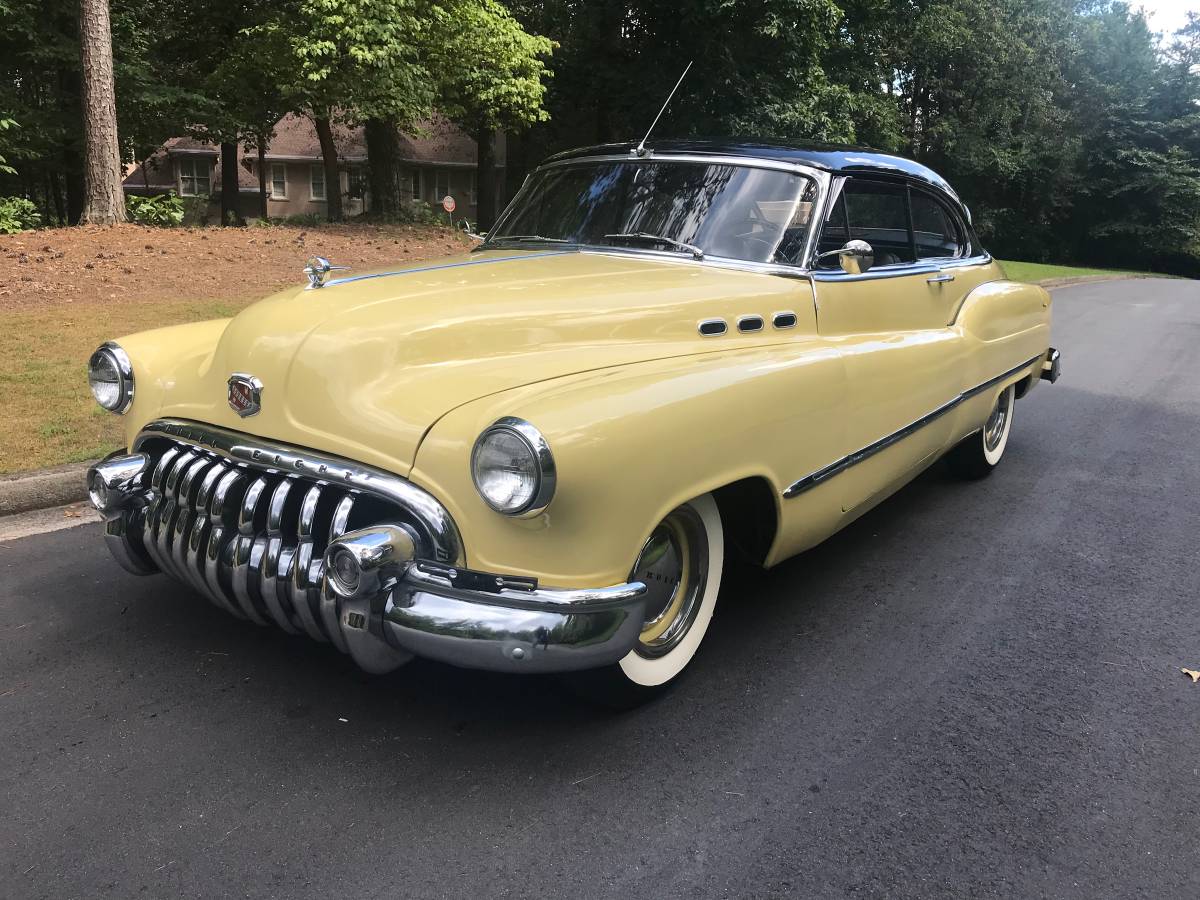 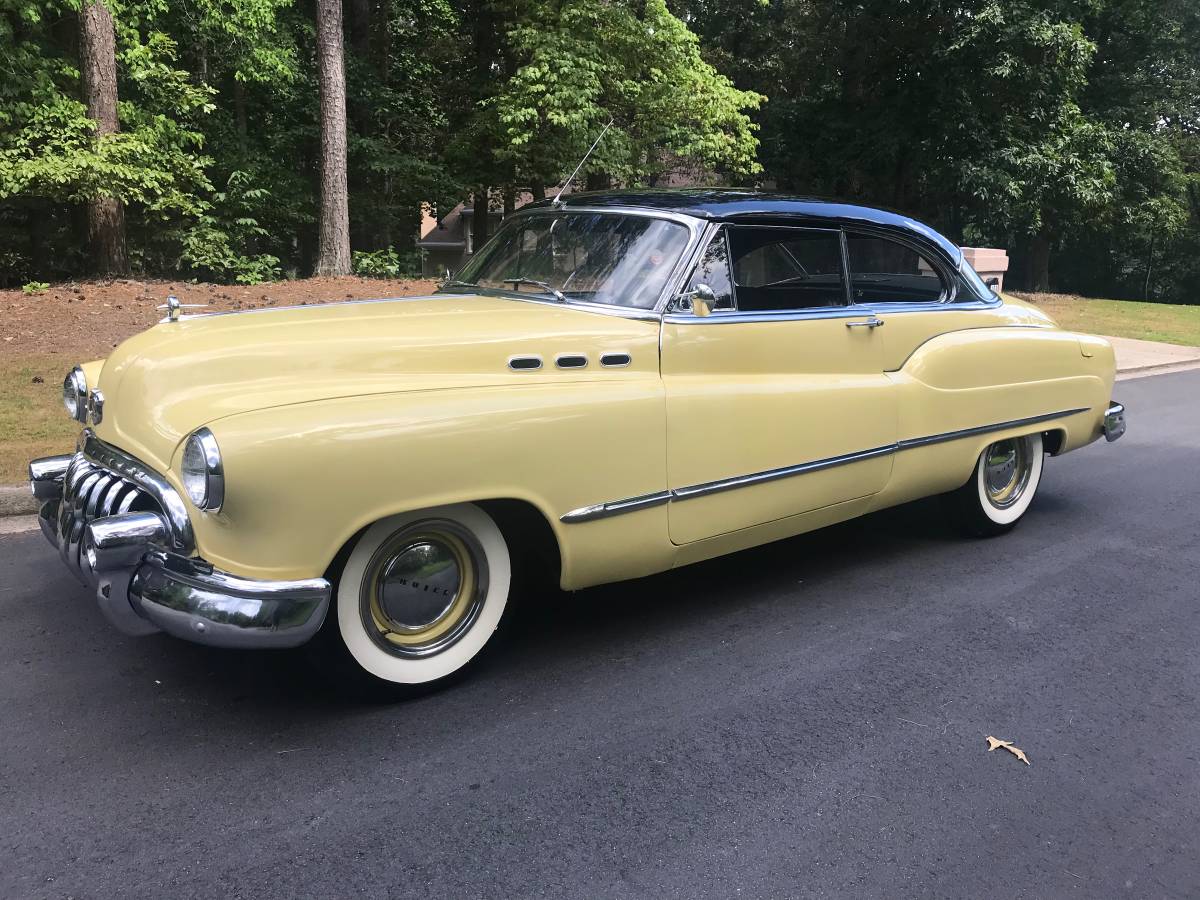 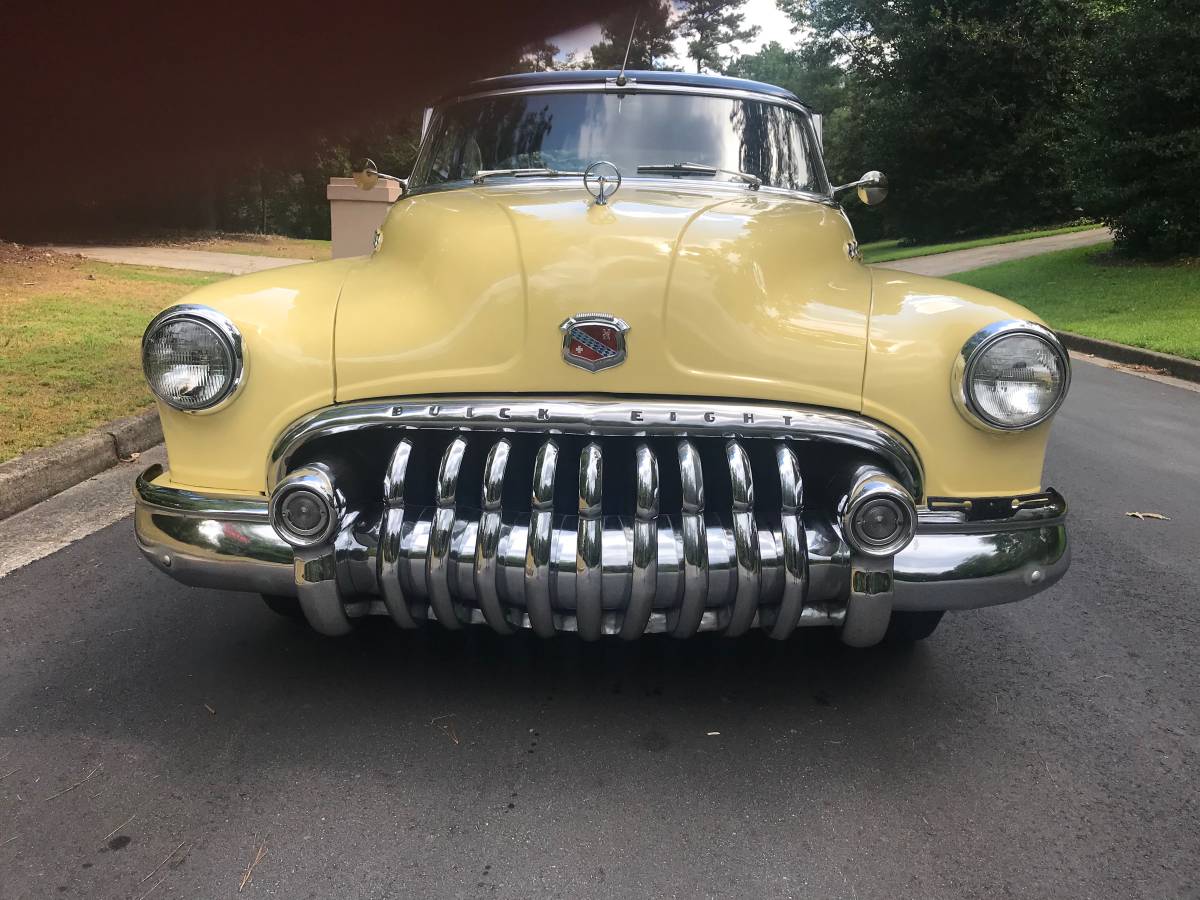 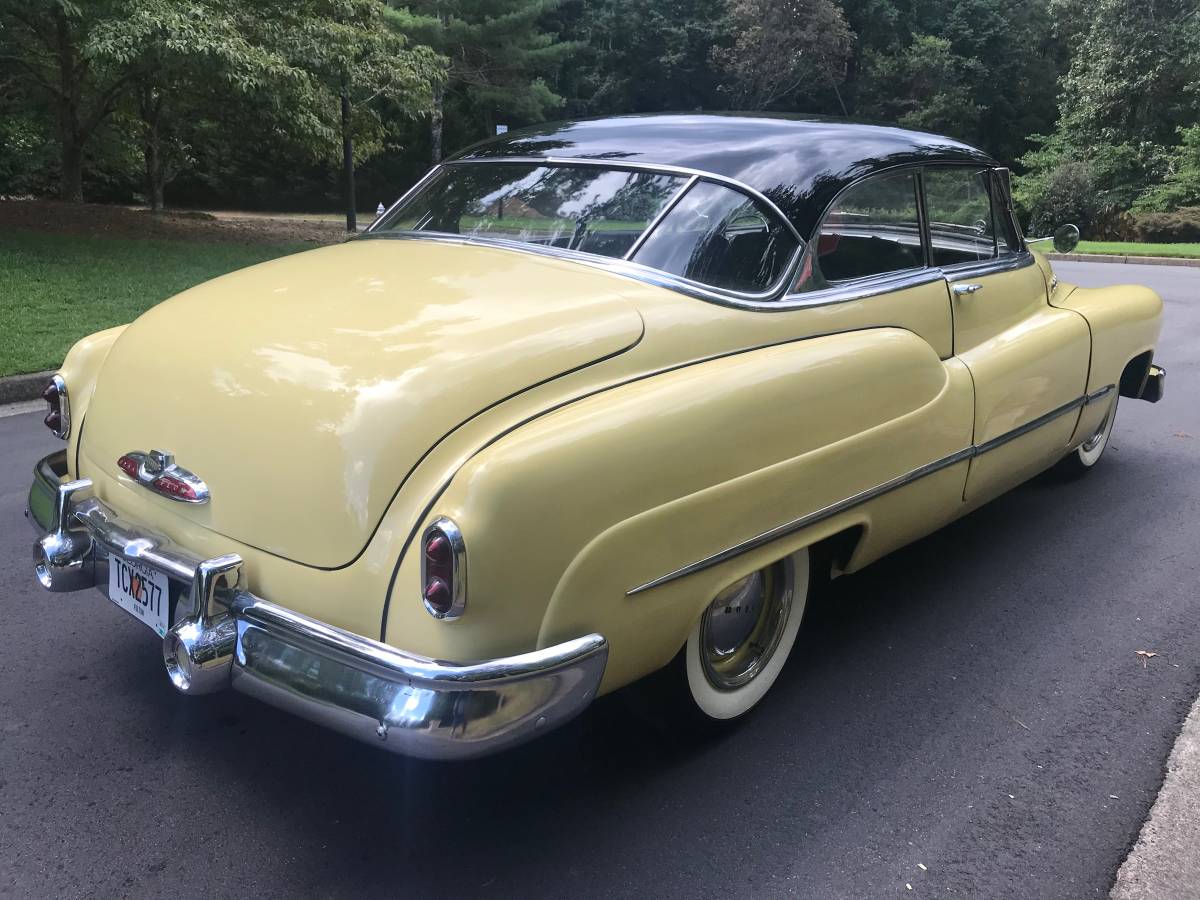 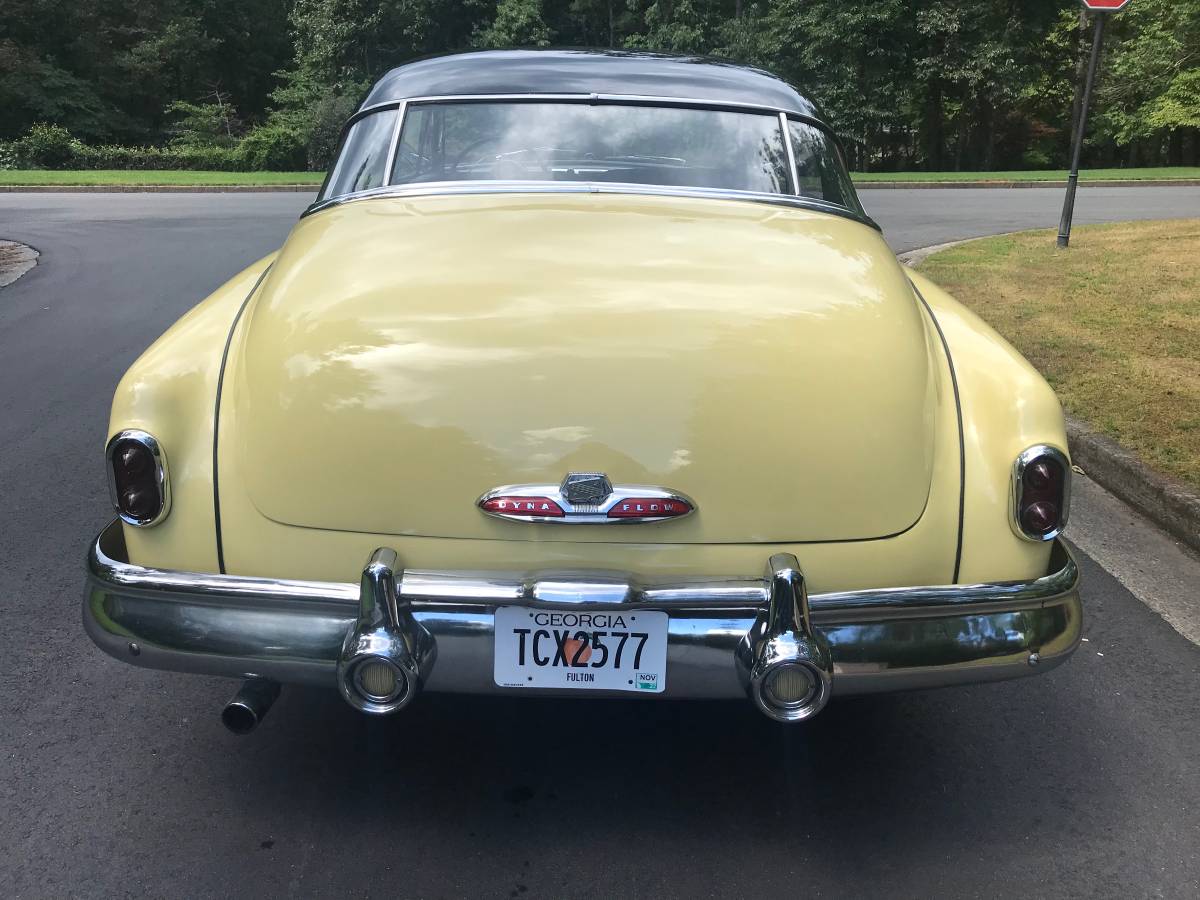 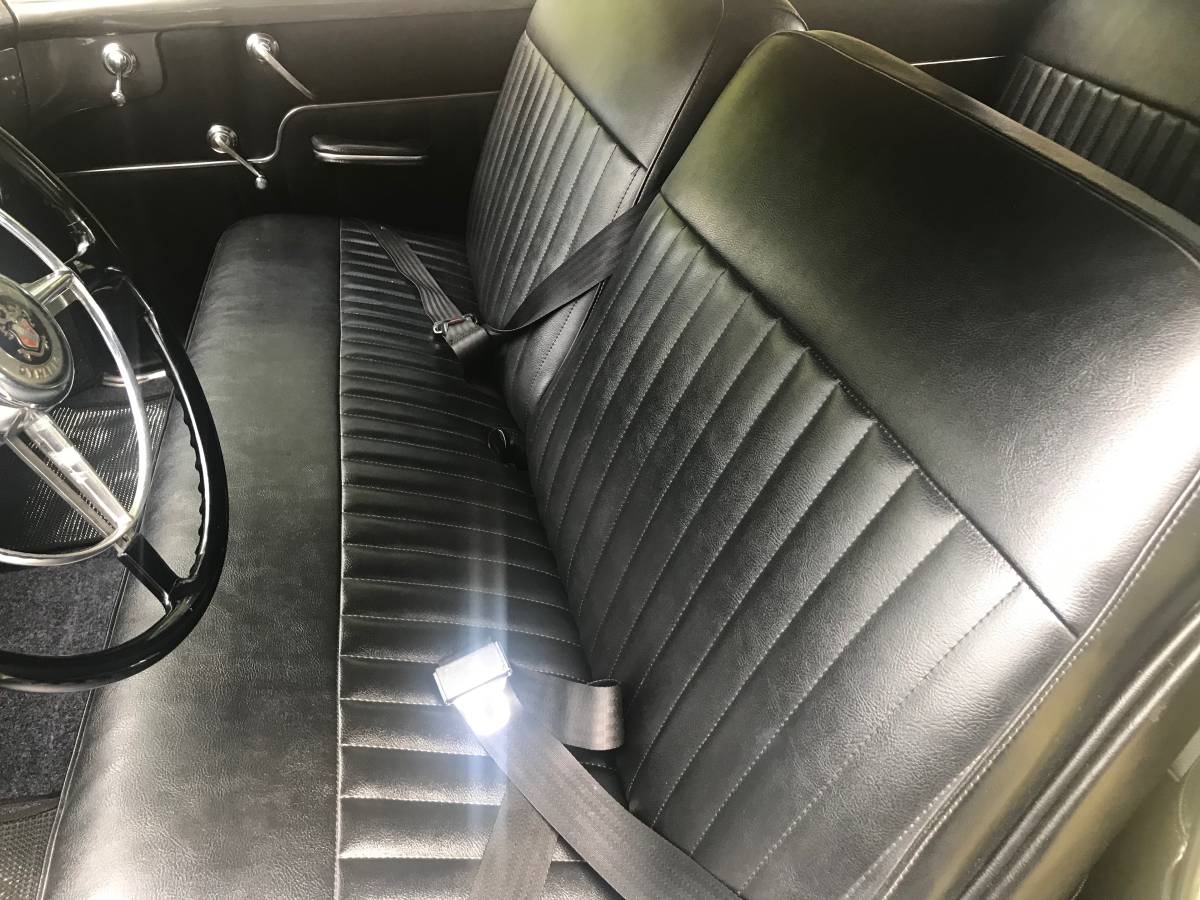 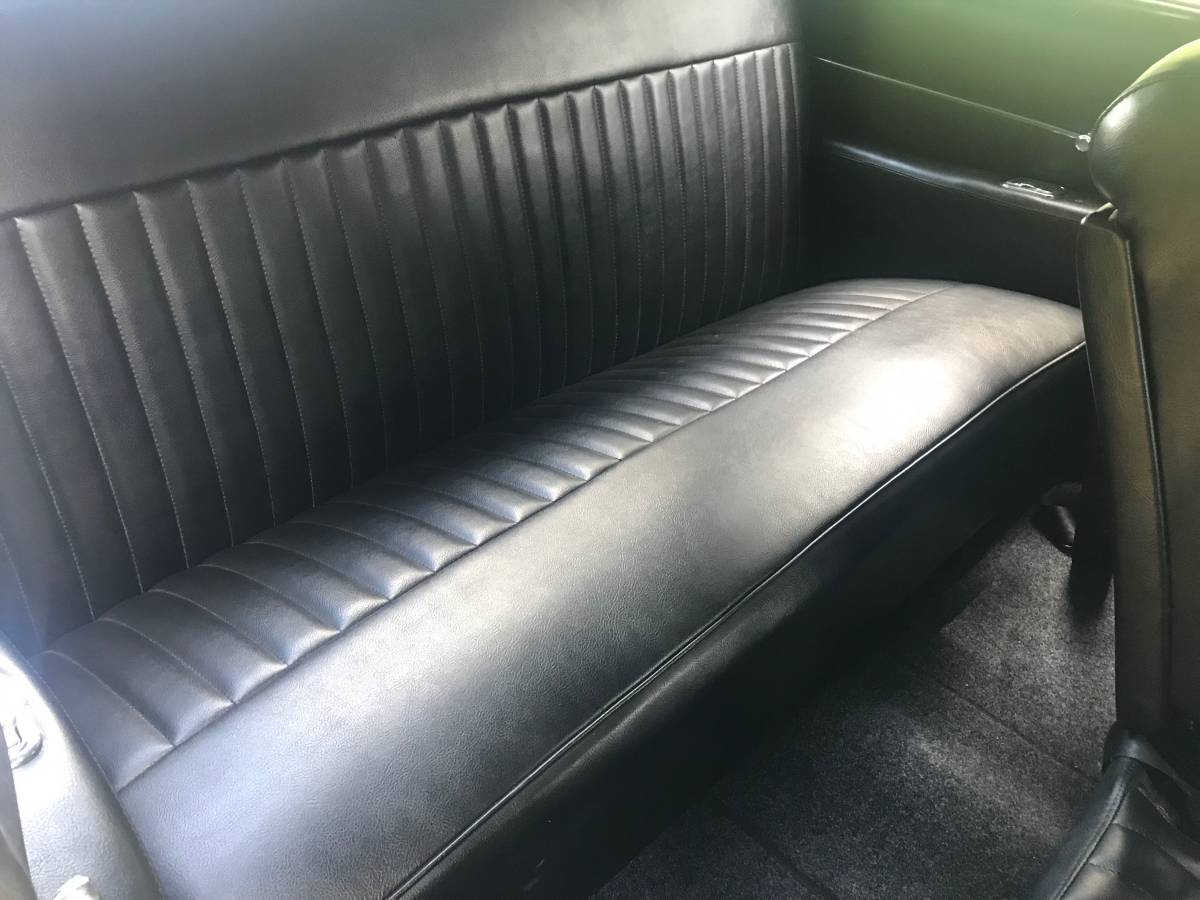 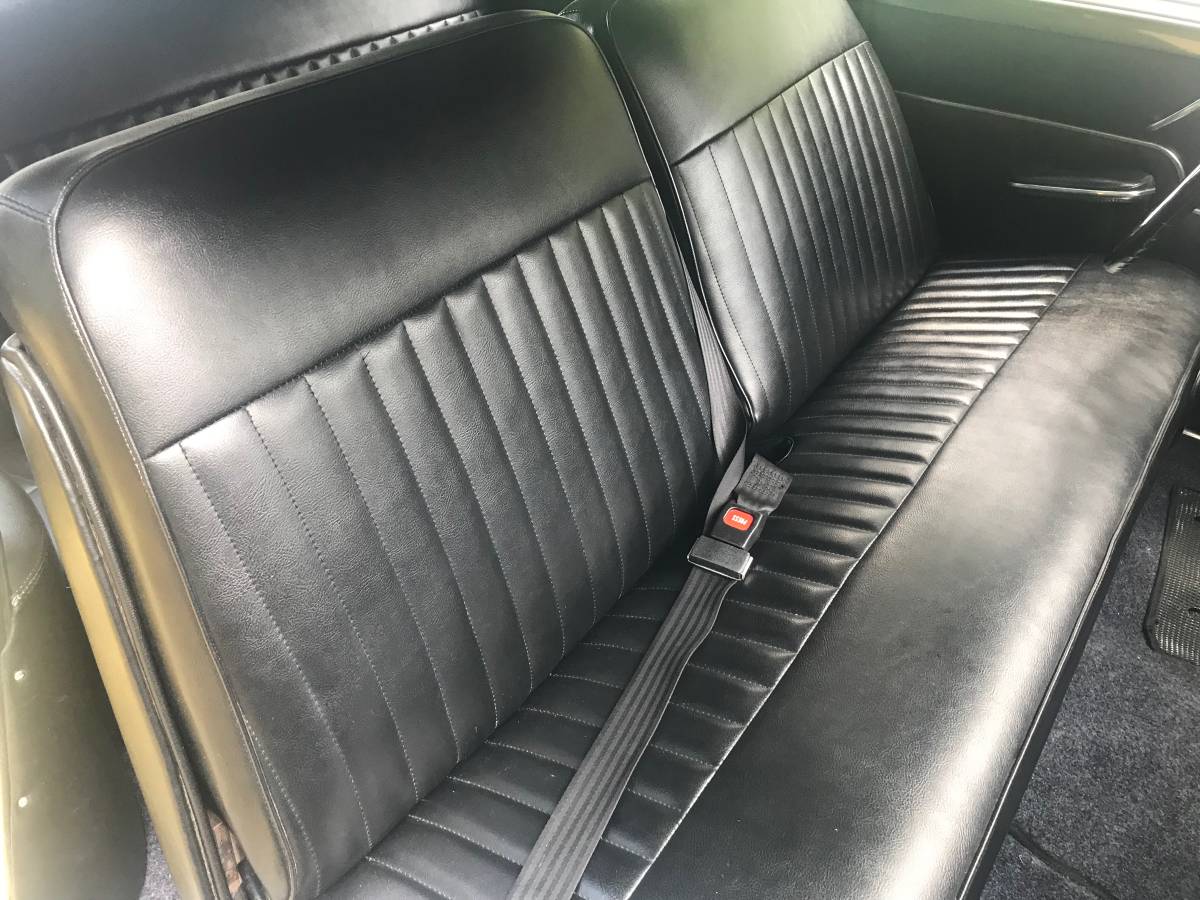 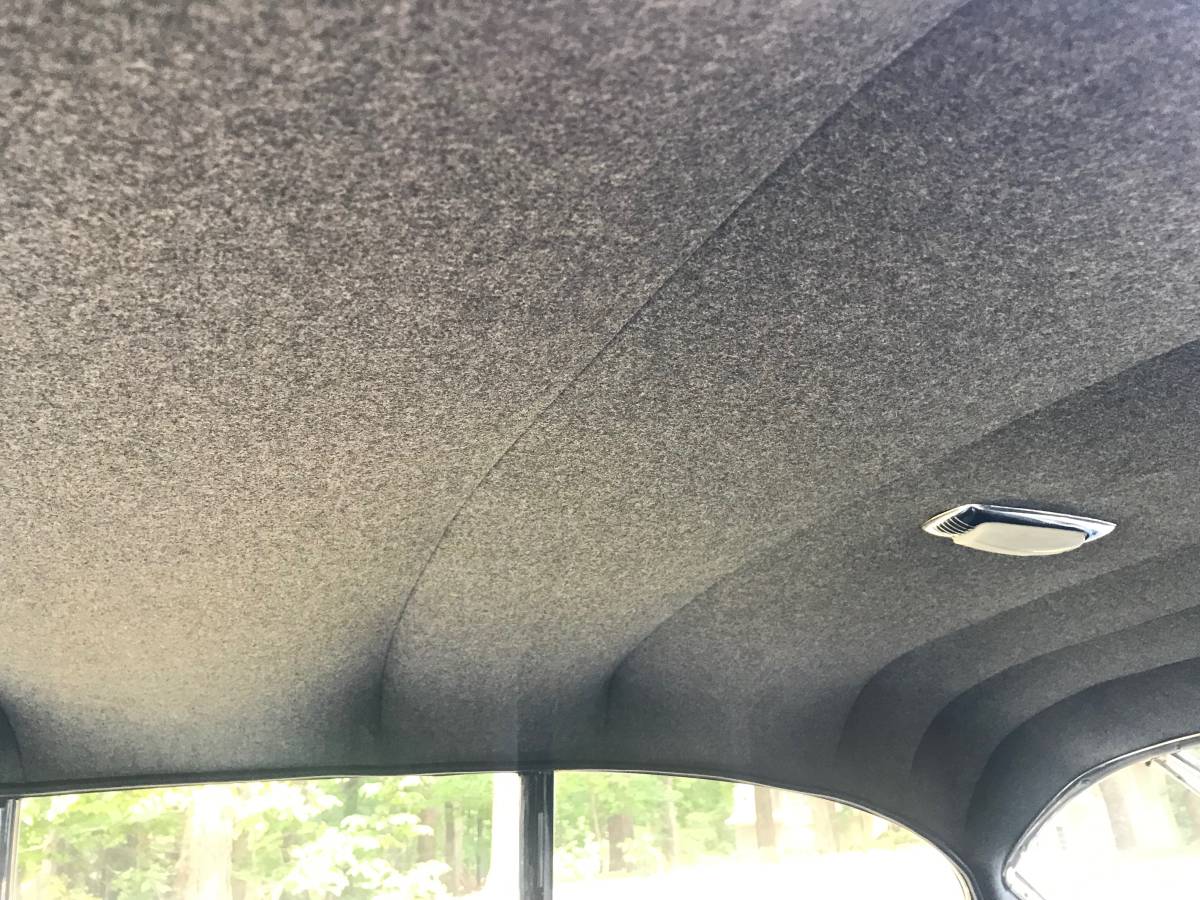 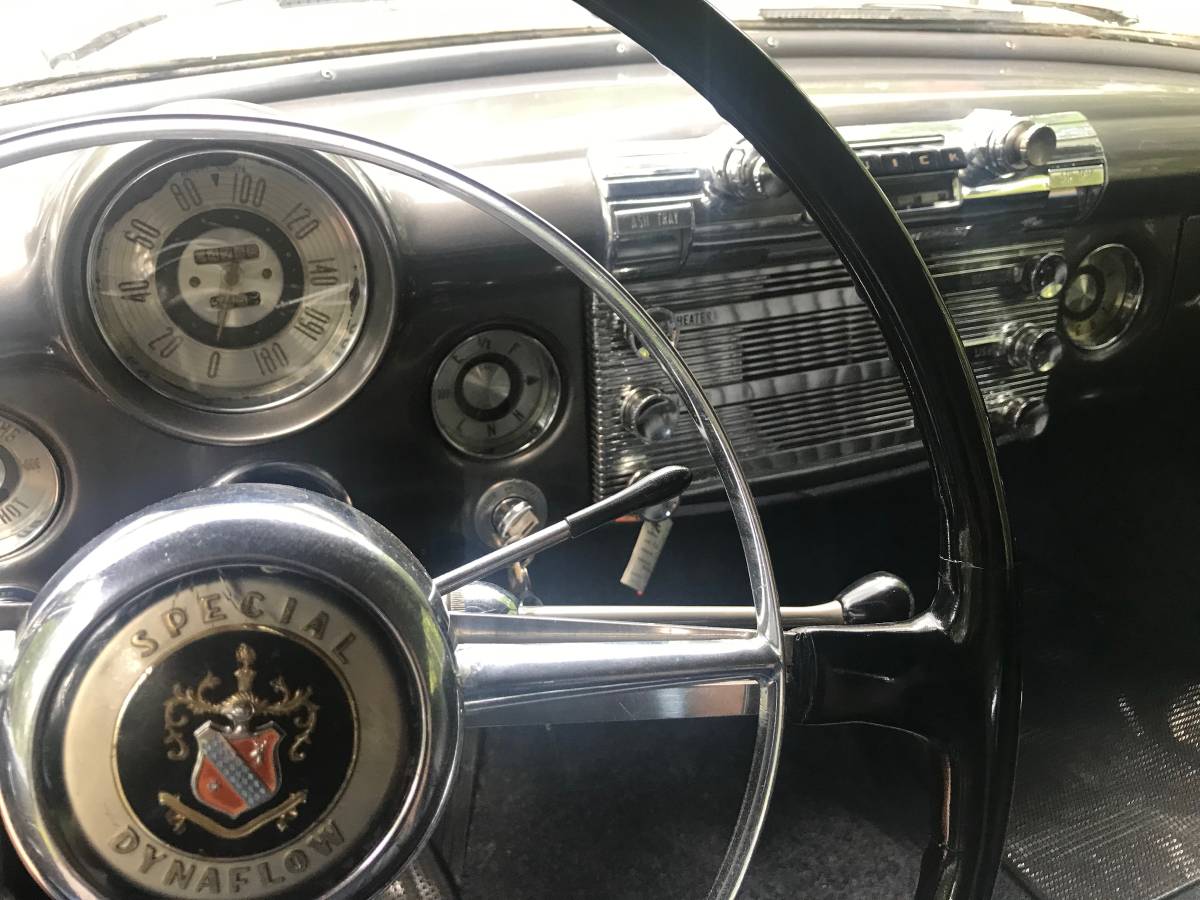 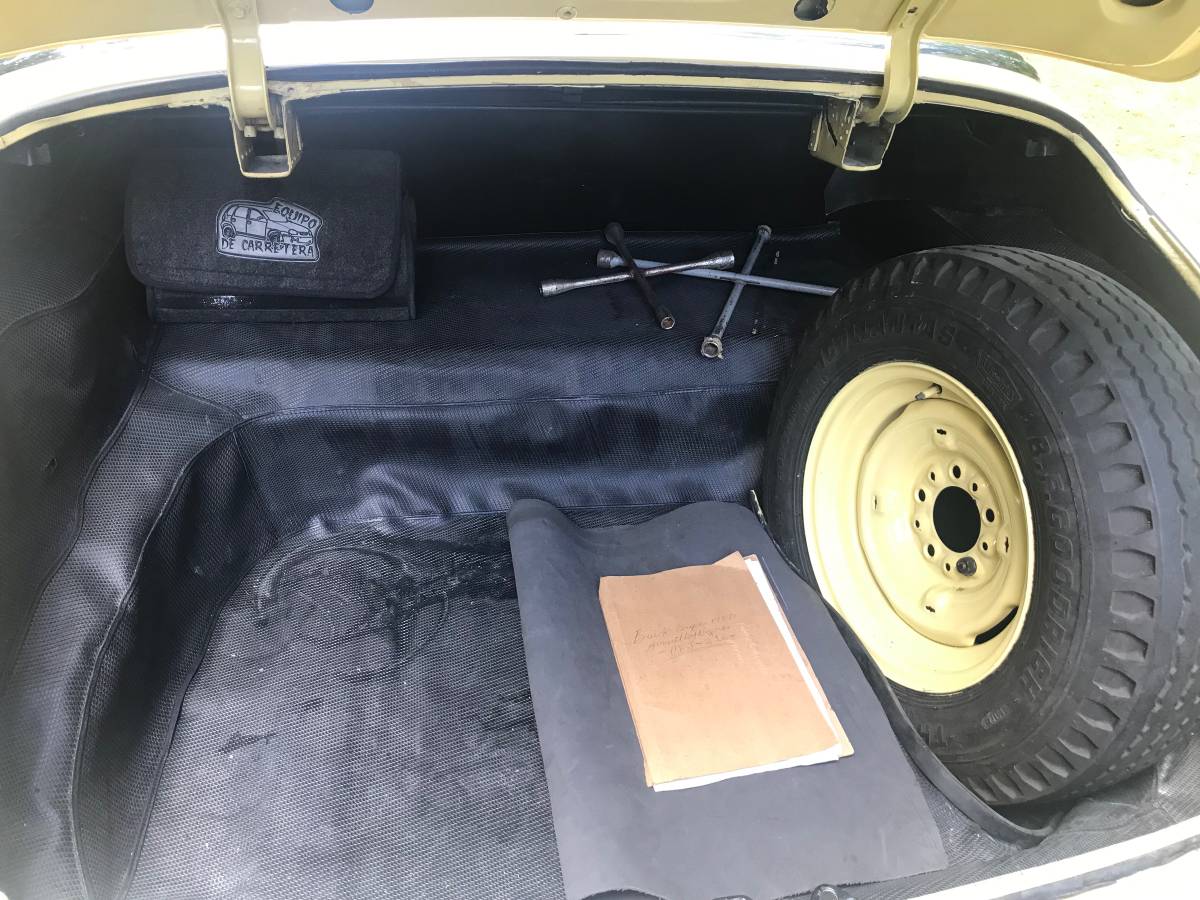 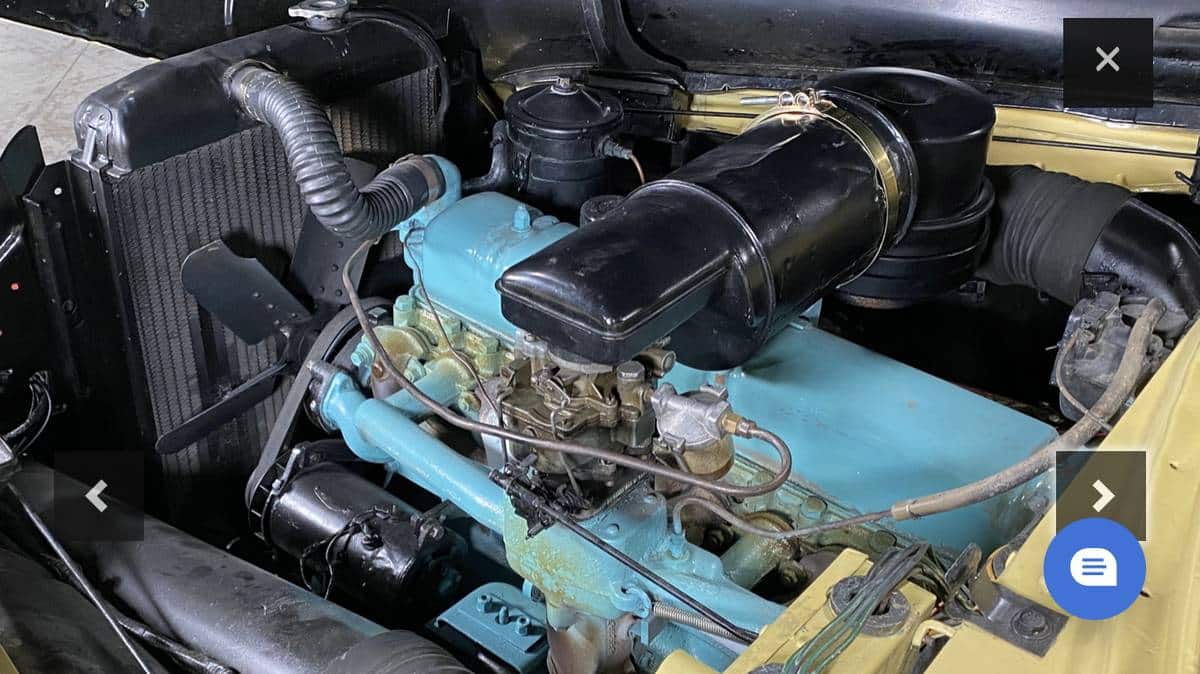 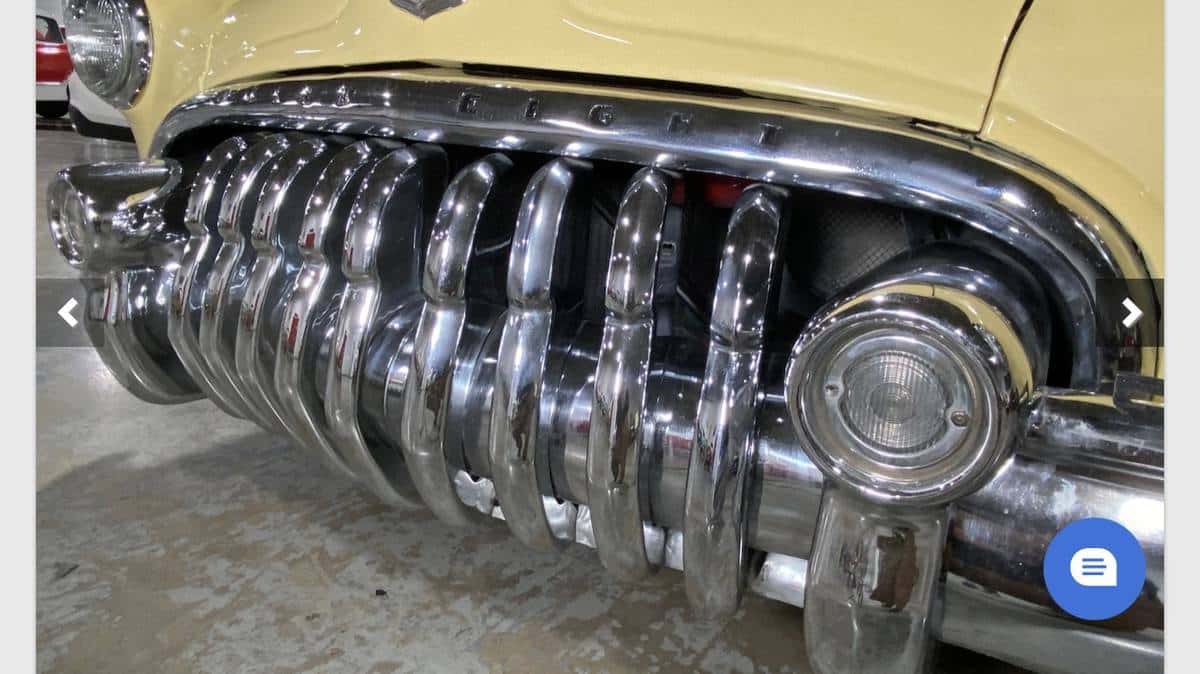 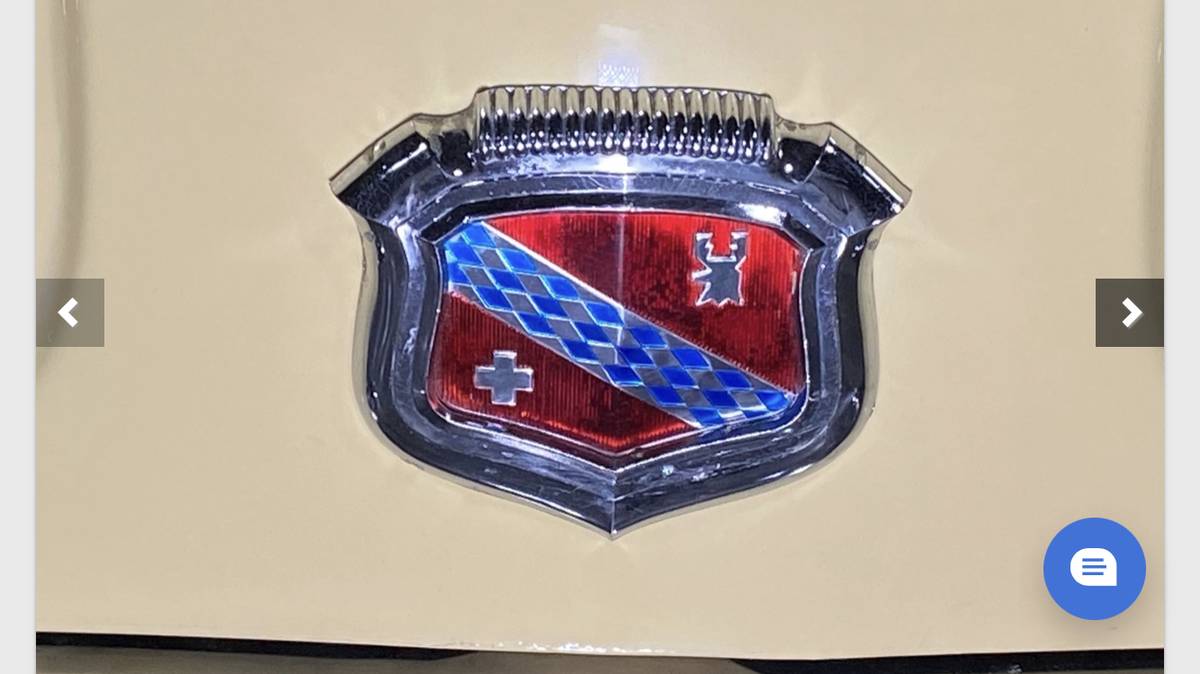 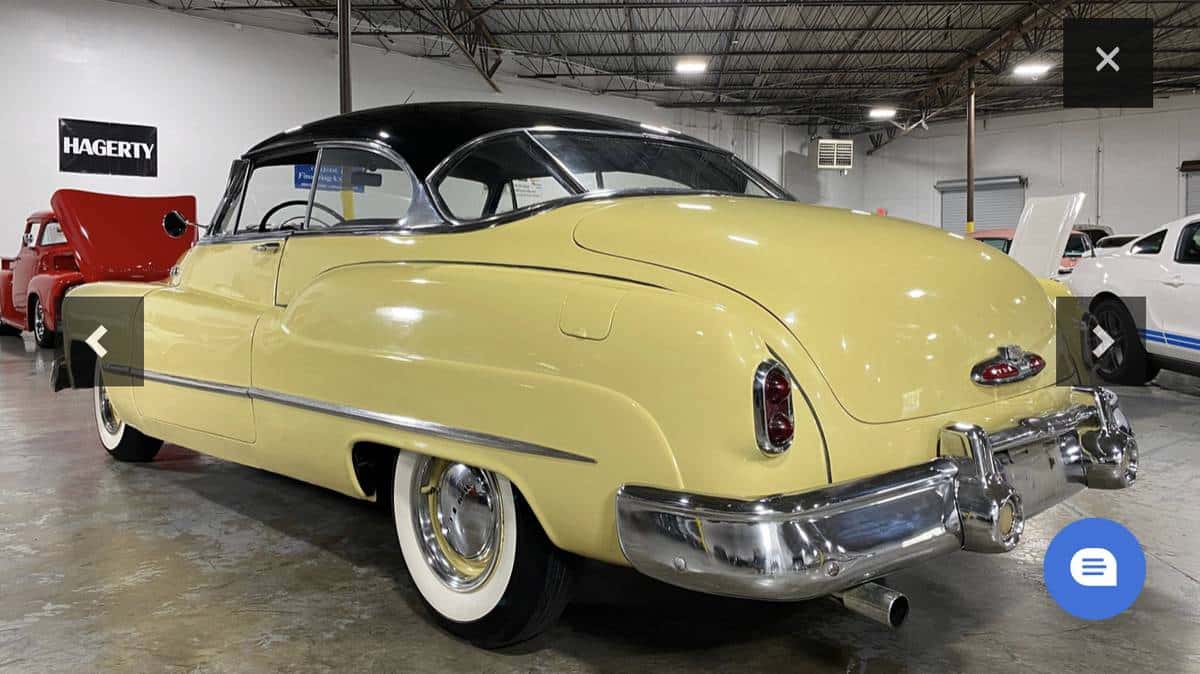 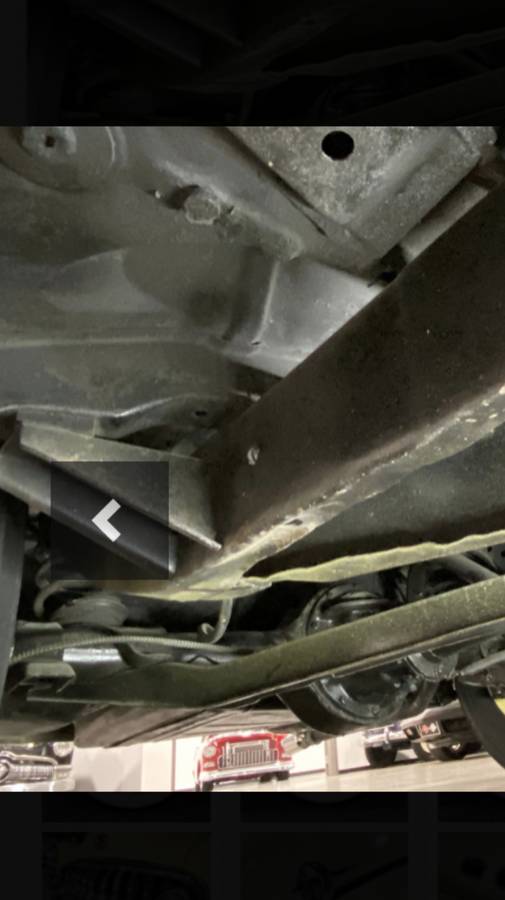 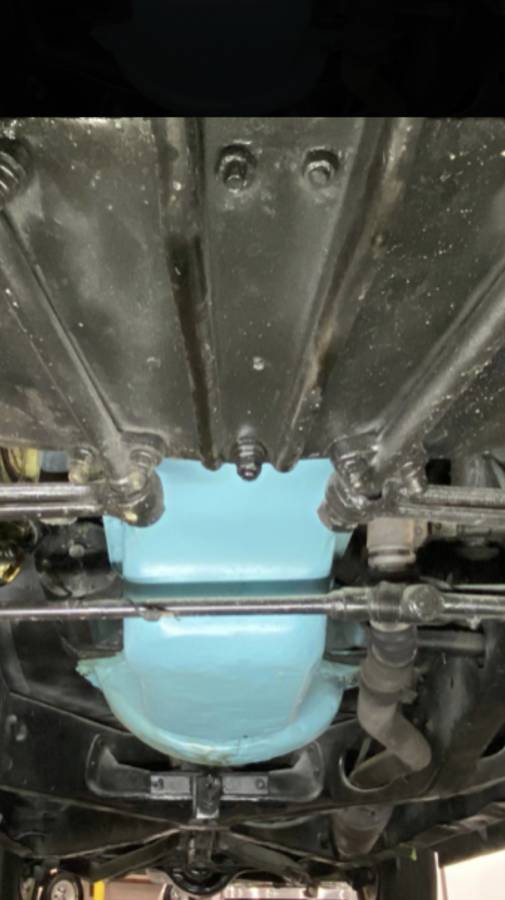 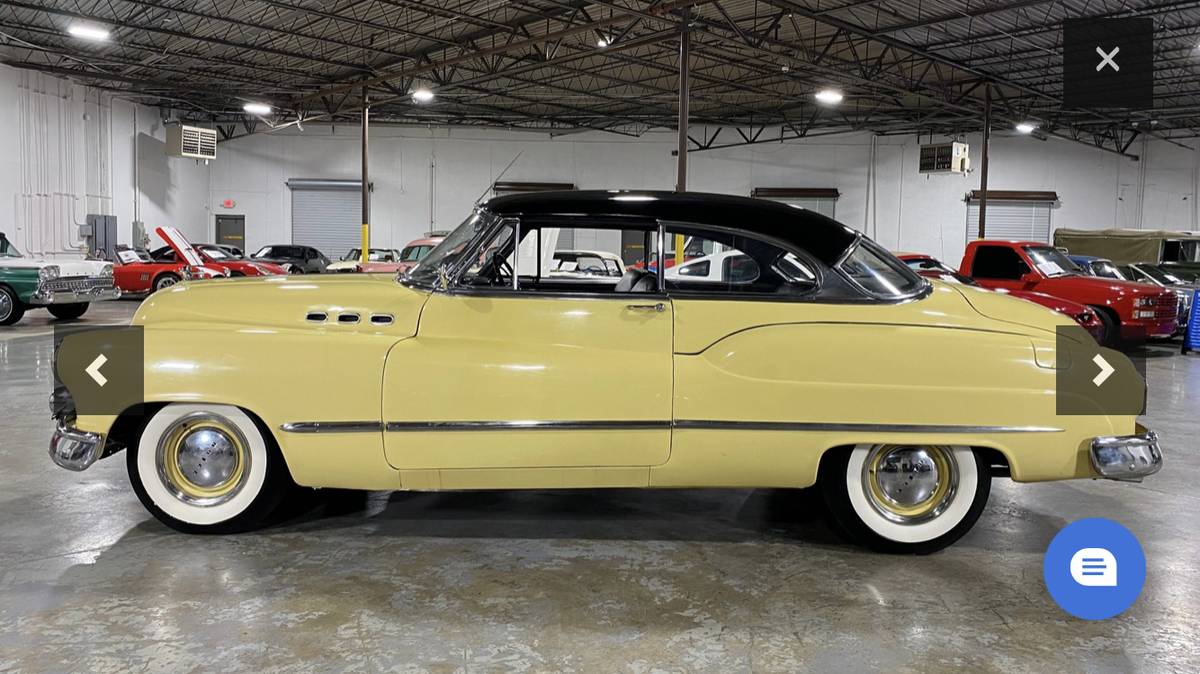 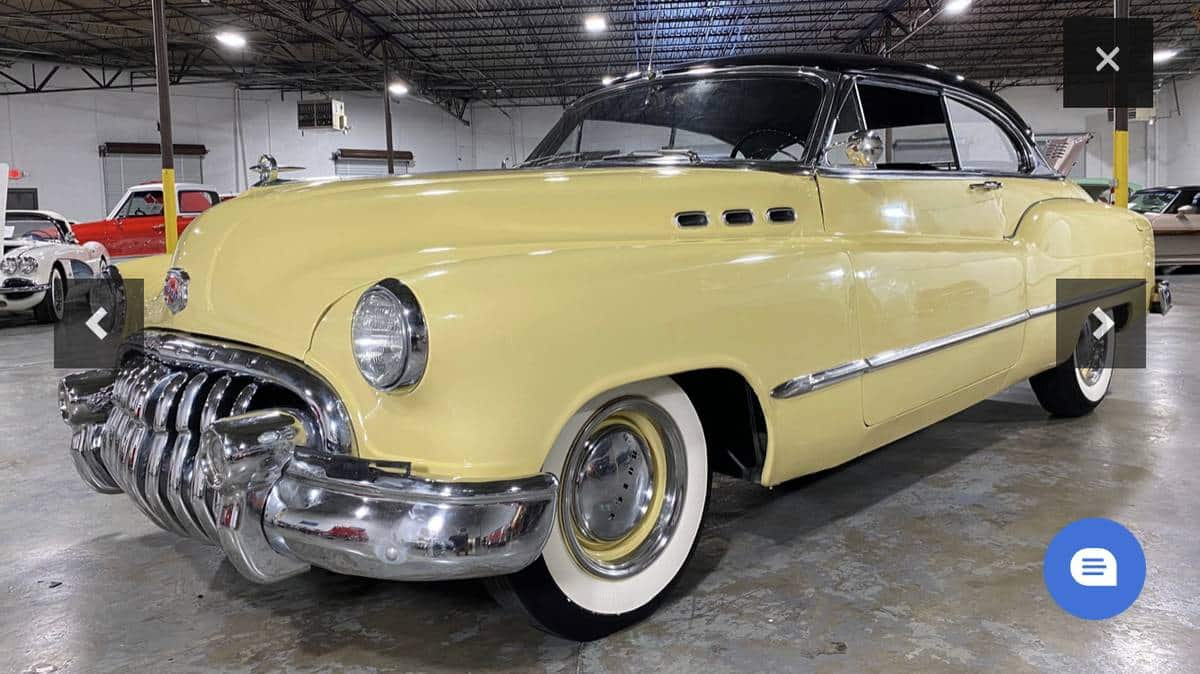 January 25, 2023 Update – The seller replaced their expiring Craigslist ad with a fresh listing. The pictures, description, and $28,500 asking price remain the same.

A great trivia question to test your friend’s classic car knowledge is asking when Buick first used “Riviera” as a brand name.  Most will likely trip up and answer “1963,” as that’s the first time Buick used the name on a distinct model. However, the correct answer would, in fact, be 1949, as that’s when Buick introduced the name as a subbrand to denote their new line of two-door pillarless hardtops that were quickly becoming the rage.

This yellow-over-black 1950 Buick Super Riviera Model 56R, currently listed on Craigslist in Roswell, Georgia (Atlanta), is a prime example of an early two-door pillarless hardtop body style. While the “Riviera” subbrand identified the car’s body style, the “Super” denoted a decontented version of the “C” body-based Buick Roadmaster. The seller notes their Super Riviera benefitted from a restoration seven years ago.

Currently offered for $28,500, Classic.com, the analytics and search engine for the collector car market, confirms the ask is well below the five-year rolling average of this guide’s summary for Buick Supers of all body styles produced between 1949 and 1953.  By clicking on the green dots in the graph below, you can navigate to each comparable car sold as a way to help you evaluate the price of the Super Riviera featured here:

As a second data point, the  Collector Car Market Review Online Tool reveals the seller’s ask falls between this guide’s #2 Very Good” estimate of $20,000 and its #1 “Excellent” appraisal of $30,800.

By 1949, Buick was back to full production following the end of World War II. That year, Buick launched its versions of parent company General Motors (“GM”) full-size “B” and “C” body cars.  While the Roadmaster was Buick’s top-of-the-line car, the Super shared the Roadmaster’s body on a shorter wheelbase.  It featured three chrome VentiPorts on each front fender to denote its smaller displacement straight-eight engine compared with the Roadmaster. The sales brochure noted that VentiPorts helped ventilate the engine compartment, possibly true in early 1949, but sometime during the model year, they became plugged. The idea for VentiPorts grew out of a modification Buick styling chief Ned Nickles had added to his 1948 Roadmaster. He had installed four amber lights on each side of his car’s hood wired to the distributor to flash on and off as each piston fired, simulating the flames from the exhaust stack of a fighter airplane. Combined with the bombsight mascot, VentiPorts put the driver at the controls of an imaginary fighter airplane. Upon seeing this, Buick chief Harlow Curtice was so delighted that he ordered that (non-lighting) VentiPorts be installed on all 1949 Buicks.

Additional details included a “Super” script placed just above the full-length body fender molding on the front fenders. New fender edge taillamps were featured, while rear fender skins remained a Buick standard. New fender top parking lamps, harkening back to 1941 styling, appeared. Full-wheel trim discs were standard, with features such as a cigar lighter, ashtray, and automatic choke. Cloth interiors were standard, except on the convertible, which was trimmed in leather and leatherette and had a power top, seat, and windows as standard equipment.  Dynaflow automatic transmission was now optional equipment on Supers in 1949. Cars so equipped had a 6.9:1 compression ratio and 120 horsepower. Total sales set a record at 190,514 for the first time since the Super’s introductory year.

The 1950 Supers shared with all the other series totally new bumper guard grille and more rounded styling. The “Super” script appeared on the front fenders just above the full-length lower bodyside moldings. A new body style was a two-door Riviera hardtop. Supers continued with three VentiPorts on each side of the car’s hood. The convertible had leather power seats plus power windows, and top.

The 1950 Super came with a single two-barrel carburetor on a new higher displacement 263 cubic inch Fireball I8 which produced 112 horsepower. It achieved speeds over 90 miles per hour with an optional Dynaflow automatic transmission. Rather than changing through gears, it used the torque converter to couple the motor to a single-gear ratio. The car had two splits in the back glass, although the windshield was now curved one-piece glass. Models also could be equipped with an AM radio and an antenna that could be adjusted via a knob in the front center above the windshield. In the June 1953 Popular Mechanics, acceleration was rated at 0-60 mph in 14.5 seconds due to the languid nature of the Dynaflow transmission.  The Super set an all-time record of 251,883 sold.

With Dynaflow optional on Buicks like this 1950 Super Riviera Hardtop for sale, we’re confused why this restored example features the “Dynaflow” trunk emblem and steering wheel center cap. We understand that only cars equipped with the Dynaflow Automatic transmission featured these trim details and rear fender scripts.  Consequently, you’ll need to confirm with the seller whether this car originally came equipped with Dynaflow or whether those trim pieces were the only ones they could source during the car’s restoration.

If you are serious about buying this Super Riviera, you can start the conversation by calling Jack at (404) 455-0304.  When you connect, please remember to mention you saw their restored Buick featured here on GuysWithRides.com. Good luck with the purchase!

This was the seller’s description:

Show or go: What would you do with this restored 1950 Buick Super Riviera Hardtop?  Please comment below and let us know!